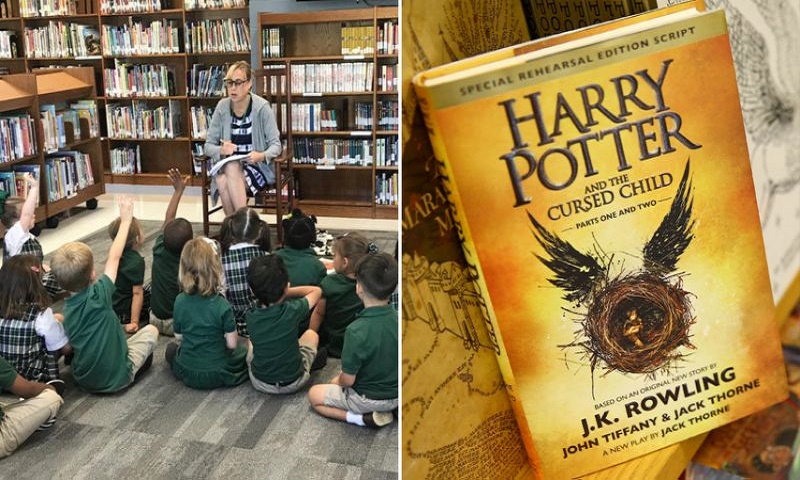 Exorcists advised a Nashville school priest to ban the Harry Potter books, over fears the popular children's novels could be used to summon spirits.

Reverend Dan Reehil contacted exorcists in Rome and the US, who recommended removing the fantasy novels from St. Edward Catholic School's library in Tennessee of United States, reports AFP.

Launched in 1997, the series of books spins an epic tale of good and evil focused on the adventures of the eponymous bespectacled young wizard as he struggles against the dark wizard Lord Voldemort.

"The curses and spells used in the books are actual curses and spells; which when read by a human being risk conjuring evil spirits into the presence of the person reading the text," the reverend said in an email obtained by local media.

Rebecca Hammel, the superintendent of schools for the Catholic Diocese of Nashville, told the newspaper The Tennessean that Reehil had "canonical authority to make such decisions."

Although the school used to stock the books, it will not offer them to pupils in its newly opened library, Hammel said.

A global success, the Potter series by British author J.K. Rowling has been repeatedly banned from schools in the US and Britain, mostly for allegedly promoting satanic values or black magic.