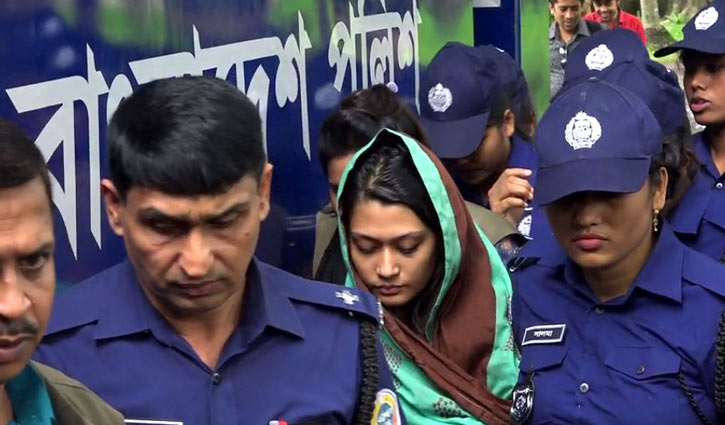 The bail order of Ayesha Siddika Minni signed by the High Court has reached to Barguna Court.

Earlier, on September 2, the state appeal asking for staying of bail order by the high court was given a ‘no order’ by the Supreme Court (SC).

Meanwhile, lawyers for the state have taken a decision to prevent Minni’s bail.

On June 6, miscreants hacked Rifat in the presence of his wife Minni who tried to stop the killers.

Later, Rifat died of wounds at the Barishal Sher-E-Bangla Medical College and Hospital.

Rifat’s father lodged a case accusing 12 persons and on July 16, Minni was brought to Barguna police lines for questioning. At 9:00 pm the same day, she was shown arrested.

On Jul 17, Minni was taken on remand and several bail pleas were rejected by the lower court. On Aug 18, Minni lodged a case at the High Court (HC) asking for bail.