Initiative for Withdrawal of Ban on Our Workers 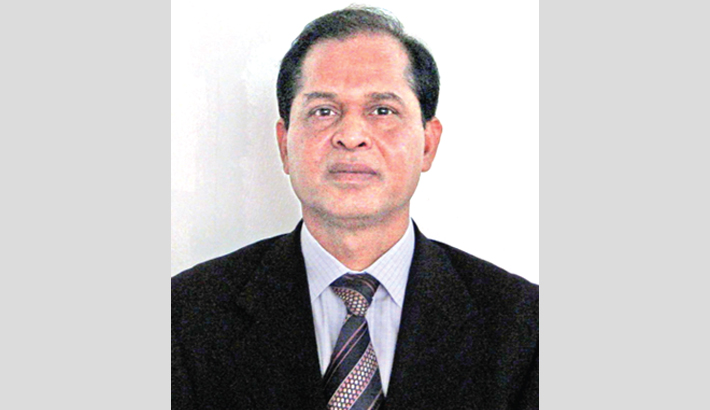 The day I presented my Letter of Credence to His Majesty the King of Malaysia in September 2009, I sent a note verbale to Wisma Putra (Malaysian Foreign Ministry) requesting for dates of my courtesy calls, particularly on the Prime Minister, Deputy Prime Minister, and Ministers for Foreign Affairs, Home Affairs, Human Resources, International Trade and Industries, Health and Higher Education. As it was the month of Ramadan, I had doubt to get any appointment in the fasting month. However, I was waiting for Wisma Putra’s response.

Suddenly on 30 November 2009, the local English daily ‘Star’ published a news item on its first page titled ‘No to Dhaka’ at such a stage when I was about to start my mission for the withdrawal of ban on recruitment of workers from Bangladesh. The news really shocked me. So, in the first week of December, I went to Dhaka to explain the situation to our Government. I met our Hon’ble Prime Minister and explained to her the entire situation. I also briefed the situation to our Foreign Minister and Minister for Expatriates’ Welfare and Overseas Employment. After a week I returned to Kuala Lumpur and started knocking the doors for my already requested appointments.

My first meeting was with the Minister for International Trade and Industries Dato’ Mustapha Mohamad at his office. He warmly received me and assured his fullest cooperation. Our discussion was mainly on two countries’ bilateral trade. However, I raised the issue of Malaysian ban on recruitment of Bangladeshi workers. The Minister assured me his fullest support for the withdrawal of the ban considering the acute demand for foreign workers to keep running the Malaysian economy.

As a member of the Cabinet Committee for Recruitment of Foreign Workers, Dato’ Mustapha always supported our case. My personal relation with MITI Minister as well as his Ministry was very deep and warm. Even after my coming back to Bangladesh from Malaysia, I met Dato’ Mustapha Mohamad in Dhaka while he was visiting Bangladesh.

I met the Human Resources Minister Dr. S Subramaniam at his office at the Parliament Building, as the session was going on at that time. He was a nice person and seemed to be very supportive to our workers issue. He admitted that Malaysia needed foreign workers but suggested me to discuss the issue with his colleague, Home Minister Dato’ Seri Hishammuddin, if I really wanted to get any positive results. From my discussion with Dr. Subramaniam, I understood that he had very little to help us. However, I stored his advice in my mind and became aggressive to meet the Home Minister as soon as possible.

Meanwhile, I met former Malaysian Prime Ministers Tun Dr. Mahathir Mohamad and Tun Ahmed Badawi and discussed with them all bilateral issues, particularly withdrawal of the ban. As I was very serious about the future of our workers, my focus during all my meetings was to request them for the withdrawal of the freeze put on recruitment of workers from Bangladesh since 10 March 2009 and legalise our undocumented workers in Malaysia.

Though I had been trying my best to convince them, I could not see any signs that might bring any positive hope. Sometimes, I had to digest lots of unpleasant remarks from senior government officials and local people. I was running under a cloudy sky though, I felt, the sun was hiding behind. I made my skin thick and had never given up my determination to reach my ultimate goal.

Honestly speaking, I was keeping a very good feeling about Dato’ Seri Hishammuddin from the very beginning of my assignment in Malaysia. It grew in me on that day when the Home Minister sent his one Special Officer Mr. Bestien to my office to know if I have anything to ask the Minister. At that time I could not go to his office for any discussion, as I did not present my Credentials to His Majesty yet. This unprecedented gesture overwhelmed me and rooted the aspiration that something positive would surely come from him.

The reality of our workers issue, I understood, was very much complex due to a number of reasons. Therefore, to adopt a clean mechanism before operation, that means to withdraw the freeze, became very much relevant to the government of Malaysia. I also tried to make them understand that I was with them to find out a migrant-friendly solution to help the workers as well Malaysia’s economic development.

While I was completing one year without any results, I decided that within next six month if I do not see any light of hope, I would better ask my government to transfer me from here. I took a 6-month aggressive mission to achieve my target. At that moment, I thought to discuss the overall situation, once again, with Tun Dr. Mahathir, whom I found very much sympathetic to Bangladesh and our workers as well.

In May 2010, Hon’ble Prime Minister Sheikh Hasina paid a visit to Malaysia in connection with the World Islamic Economic Forum (WIEF) meeting during which a bilateral meeting, at the sideline, was held headed by two Prime Ministers. Our workers’ issue got the highest priority in their discussion. After the meeting, when our Prime Minister was about to leave the venue, the Prime Minister of Malaysia assured that his government would look into the issue seriously. That was for the first time Malaysia’s attitude started changing.

However, time was passing very fast without any developments. Few months had already gone. In that situation, I decided to meet Tun Mahathir to seek his advice about my next course of action. It was on one fine Friday morning in September 2010, I went to Tun Dr. Mahathir’s office. I explained to him the total scenario of our workers issue and sought his advice. Tun assured me that he would do whatever he could.

I left his office before Juma prayer. The cabinet meeting was in the afternoon on that day. Ice started melting. Prime Minister Najib Tun Razak himself raised our workers’ issue at the cabinet meeting, though it was not in the agenda. The cabinet agreed in principle to withdraw the freeze. I came to know this news in the evening from one of the Ministers I knew.

During the next week, I talked to my friends, well-wishers and the officials in the Malaysian government. They told me the same story. When I, over phone, informed that news to our Minister for Expatriates’ Welfare and Overseas Employment Eng. Khandker Mosharraf Hossain, he wished to visit Kuala Lumpur as soon as possible. In November 2010, our Minister for Expatriates’ Welfare and Overseas Employment came to Malaysia once we fixed all appointments for his meetings. He met Deputy Prime Minister Dato’ Seri Mohamed Mohyuddin Yasin, Chairman of the Cabinet Committee on Recruitment of Foreign Workers and was informed that the government of Malaysia had decided to withdraw the ban imposed on the intake of Bangladeshi workers on completion of some formalities, but the recruitment would be under Government-to-Government arrangement. During that visit, our Minister had also met the Human Resources Minister of Malaysia Dr. S Subramonium. Unfortunately, Home Minister Hishammuddin, the main actor on this issue on Malaysian side, was not available for any meeting with our Minister.