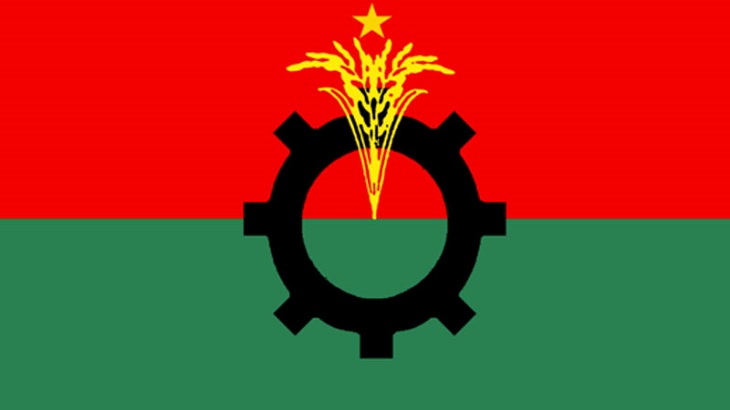 The Bangladesh Nationalist Party (BNP) was established on 1 September in 1978. According to the recorded history, this party was born secretly in the cantonment area by the army general grabbing power through martial law. The founder of the BNP, Ziaur Rahman, was a politician not by choice, but by chance and he declared that he would make politics difficult for the politicians of Bangladesh.

In fact, BNP is engaged in wrong politics since its birth.  Ziaur Rahman rehabilitated the killers of Bangabandhu and passed the Indemnity Ordinance which proved his involvement with the August 15 carnage. The killers of Bangabandhu also made it clear in their interview with foreign media including BBC that they proceeded for the August 15 putsch getting a green-signal from Khandakar Mushtaque and Ziaur Rahman. Ziaur Rahman awarded the killers of Bangabandhu with jobs in foreign missions and rehabilitated them in the country’s politics. Ziaur Rahman even made the killers ambassadors of Bangladesh to many countries. Begum Khaleda Zia also promoted the murderers even to higher positions. It is Ziaur Rahman who passed the Indemnity Ordinance. Khandakar Mushtaq Ahmad declared indemnity to the killers of 1975, by issuing Indemnity Ordinance 1975 on 26 September 1975 to give immunity from legal action to the persons involved in the assassination. Later Ziaur Rahman ratified it in the Parliament and passed it as an act. Ziaur Rahman rehabilitated the war criminals in Bangladesh, gave them the opportunity to do politics. Begum Zia also made the war criminals ministers and member of parliaments and it is Begum Zia who allowed the national flag of Bangladesh to be hoisted on the cars of the war criminals.

After the assassination of Bangabandhu and four national leaders, as many as 19 coups took place in the army during the regime of Ziaur Rahman. After every coup army officers who fought for the country’s independence were brutally killed. About 2,500 army officers and soldiers were killed along with 665 officers of Bangladesh Air Force. Ziaur Rahman slowly rid the army of freedom fighters and installed the anti-liberation force in power. As a military man, Ziaur Rahman had the dream to become an influential politician to rule Bangladesh. Coming into power in the wake of coups and counter coups, General Zia took several steps which considerably changed the secular nature of the Bangladesh state. The BNP favours closer relations with Muslim majority states and tends to view the Awami League (AL) as willing to compromise this Bangladeshi identity through ties with India and secularism.

The BNP’s conservatism means it has been mostly comfortable in alliances with religious parties such as the Jamaat-e-Islami. Religious minorities such as Hindus are suspicious of the BNP, which has targeted them in the past. The four-party alliance lead by BNP, which is infested with fundamentalist and communalist forces, came to power following the 8th general elections held on 1st October 2001. The range of human rights violations that the coalition government under the stewardship of Khaleda Zia and Motiur Rahman Nizami has committed in Bangladesh since its assumption of power is inconceivable in any sovereign, independent state. The coalition government has been quite successful in setting examples of torturing and killing members of minority religious and ethnic communities, leaders, activists and sympathisers of opposition political parties, intellectuals and professionals subscribing to secular democracy, and on-duty journalists. Two senior leaders of the then-opposition Awami League, one a former finance minister, were assassinated, and a 2004 grenade attack on an AL rally aimed at wiping out the party’s entire leadership left 23 dead.

BNP’s decision to boycott the 5-January 2014 election was wrong. Calling for an election boycott, BNP and Jamaat activists attacked and killed people who refused to honour blockades, as well as law enforcers and members of the Awami League. Tensions were further heightened after execution of Abdul Quader Molla, a senior leader of the Jamaat-e-Islami for crimes committed during Bangladesh’s independence war in 1971. Jamaat also was disqualified then from participating in the 2014 polls after the Supreme Court and the Election Commission ruled that its charter violated the Constitution of Bangladesh. During the vote itself on January 5, BNP and Jamaat activists targeted election officials and attacked schools and other buildings serving as polling places. The minority Hindu community, long target of attacks by Islamic extremists and others, was also singled out for attacks.

The Human Rights Watch (HRW) termed this situation as ‘tumbled backward on human rights’. In its report, HRW said a harsh crackdown on the media, various civil society organisations, and political opposition groups, all of which had been protesting the contemporary election, as well as an ongoing war crimes trial, had led to violent street protests in 2013, killing almost 200 people and injuring thousands more across the country. During the elections earlier in January 2014, armed gangs attacked minority communities, mostly in the south-western and northern districts. International aid agencies estimated as many as 5,000 families were affected. Another study shows, the war crimes trial and the elections to the tenth national parliament gave rise to extreme violence and over 500 people died in clashes from 2013 to January 2014. Many deaths took place in 2015, with petrol bomb attacks and other violences.

For these reasons a Canadian Federal Court has described BNP again as a terrorist organisation as it denied asylum prayer of a BNP activist for the party’s role in triggering violence and vandalism to enforce a protracted nationwide hartal in Bangladesh. According to the court summary, BNP activist Md Mostofa Kamal in 2015 left Bangladesh and made a refugee claim in Canada.

The BNP has removed section 7 of their party constitution. As per the section, ‘persons stated below will be considered as disqualified for the membership in the party’s national council, national executive committee, national standing committee or any other executive committee or for candidature of national parliament election: (a) convicted person under the president ordinance no. 8 of 1972; (b) insolvent; (c) person proven as insane; and, (d) person known to the society as corrupt or notorious’. It is now clear that a corrupt person will be considered qualified to become party member and can participate in the election. BNP amended its constitution without any council session or any meeting. What a bizarre constitution of BNP!

Political parties serve as the motive force in crystallising public opinion and as the unifying agency which makes democracy workable. They are the indispensable links between the people and the representative machinery of government. They arc the vehicles through which individuals and group work to secure political power and if successful to exercise that power. They make people politically conscious that is aware of their role as citizens. This role cannot be performed simply by voting, but must be a continuous one if govt. is to be kept responsible to public interest. BNP has made itself bankrupt by doing “negative politics”, making mistakes and patronising terrorism and militancy. People have lost confidence in BNP.