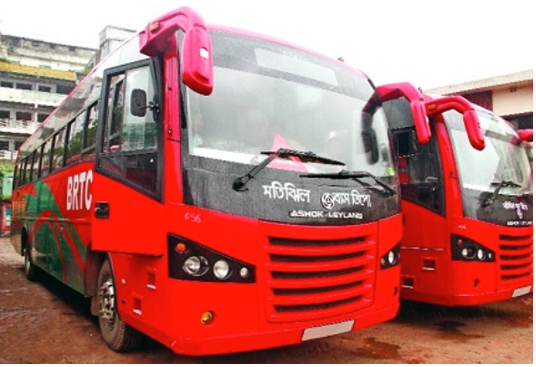 The BRTC will offload shares of Taka 1,000 crore in the capital market as the cabinet today approved the draft of “The Bangladesh Road Transport Corporation Act, 2019” with the provision.

The approval came from a regular cabinet meeting held in the Secretariat here with Prime Minister Sheikh Hasina in the chair.

“The cabinet today gave final nod to the draft of “The Bangladesh Road Transport Corporation Act, 2019″ updating the regulation of 1961 keeping a provision of offloading shares in the market,” Cabinet Secretary Mohammad Shafiul Alam told journalists at the Secretariat.

Shafiul said the authorized capital of the corporation under the existing law is only Taka 6 crore, but in the proposed law, it has been fixed at Taka 1,000 crore divided into some 100 crore shares, each with a face value of Taka 10.

“The government will own 51 percent shares while 49 percent share will be offloaded for the general public,” he said.

The draft law provides for a 24-member board of directors — 13 from the government, eight non-government members from eight divisions of which three will be women and three from the shareholders, he said.

The number of directors is only 11 in the existing law, he said, adding that a ‘member secretary’ for the board has been proposed in the new law.