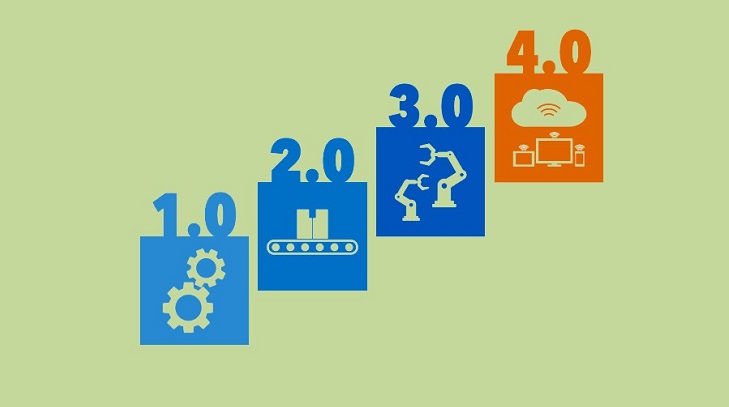 Human civilization progressed fast through revolutionary changes. These changes were profound in nature in the sense that the changes that occurred changed the course of history and way of lives of the people living on this planet. These also brought revolution in every sphere of human life which included the economic, social, cultural and psychological aspects. Every revolution in history established new norms and values that most suited each of those periods. The first industrial revolution began in the 18th century when agricultural societies became more industrialized and urban. It was the transition to new manufacturing processes that began in the middle of the 18th century. This revolution was a major turning point in history. As mentioned earlier, it touched upon every aspect of human life. In the economic arena, the average income and population began to exhibit unprecedented sustained growth. There was also unprecedented change for better in the standard of living for a large number of common men and women.

Professor Klaus Schwab, Founder and Executive Chairman of the World Economic Forum, has spearheaded the idea of the fourth industrial revolution. According to him, the First Industrial Revolution used steam power to change the production process. It used machines to produce things and signaled the end of the sole dependence on human labour. Instead, the machine took over a major part or responsibilities of production. In fact, it mechanized the production process. The next revolution as he mentioned used electricity to power machines. In the process, the productive capacity increased manifolds. The Third one used electronics and information technology to augment the production process. These technologies automated the production system. Now, he believes that a new revolution that he termed as the Fourth Industrial Revolution has ensued building on the earlier one, the Third Revolution. It has started riding on the digital technology in the middle of the last century. This technology, other than the physical communication system, has undergone profound changes. Businesses are now depending more on digital technology for marketing their products. People in large numbers are also using this in seeking products and services across the world. The new revolution is a distinct one in terms of ‘velocity, scope, and systems impact.' It is said that the Fourth one is encompassing every industry in every country and the changes that are brought forth are transforming the ‘entire systems of production, management, and governance.' Here it may be mentioned that the new revolution will not only change the production and management process but will also change the way of life, thinking process, values and norms and overall psyche of mankind. 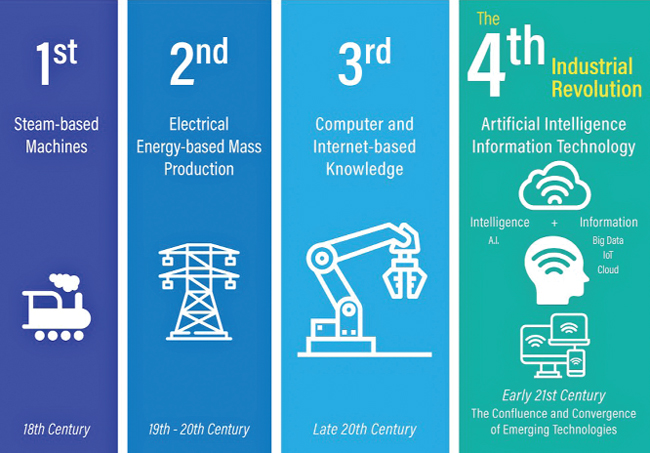 Bangladesh is also experiencing the changes that are brought about by the fourth industrial revolution. As part of the globalization process, changes around the world are affecting it and will continue to do so. There would be impacts in different areas. The process of increased mechanization of the production process in different sectors has already started. Currently, more than 4 million people are engaged or employed in the garment sector, the largest export sector of the country. Increased mechanization and use of digital technology will create an adverse situation in the employment sector of this industry. Similar impacts will also be observed in other industrial and productive sectors. Bangladesh is a populous country and every year a huge number of the population is joining the labour force. Job loss due to increased mechanization will further aggravate the already existing unemployment situation. Any negative changes in the job market situation will have an adverse effect on the standard of living of people. The fourth revolution will also usher in social and cultural changes. Age-old social and cultural practices of different countries and regions will be subjected to the influence of others because of increased digitalization. The new technology transcends national boundaries and connects the whole world without any effective barrier. As a result, unique socio-cultural practices are emerging and gaining increasing acceptance of people living in different parts of the world. This is also causing tensions and conflicts in the socio-cultural arenas. Every revolutionary change also brings in new norms and value patterns. This is also true in the case of the currently advancing fourth revolution. Old values and norms are giving way to the emerging ones. Here it may be noted that the emerging ones are global and international in nature.  The other important impact will be psychological in nature. Now, with the fast pace of technological advancements, mankind increasingly needs to adopt themselves with those. The process of adaptation creates both positive and negative psychological impacts. These are more observed in developing countries because of their traditional nature of lifestyles. They in many cases find it difficult to change themselves and adjust to the emerged new realities. Such a situation creates psychological impacts. However, developed countries are also not immune to these impacts as every change impacts human beings whatever may be their standard of living and or adaptive capacity. As the Bangladeshi society is a traditional one, these changes will have intense impacts on its people and society. The other impact will be political. Existing political systems and practices will undergo increasing pressure to cope up with the changes and create enabling environments to offset the negative impacts of the fourth revolution. The above suggests that Bangladesh needs to face the challenges that are being posed by the ongoing fourth revolution.

In the first place, it needs to make a broad assessment of impacts. This should cover every aspect and dimension that would include the economic, socio-cultural, psychological and political aspects. On the basis of the said assessment, appropriate measures or plans and programs need to be taken up. It is perceived that only through these initiatives and measures can Bangladesh overcome the negative impacts and also position it to take full advantage of the opportunities that are available under the fourth industrial revolution. Bangladesh's policymakers and people at large must remember that this time we cannot afford to miss the train of the Fourth Industrial Revolution for it will bring increased prosperity for all in the years to come.

of Dhaka and a former Member,