Arrival of Our Workers in Malaysia 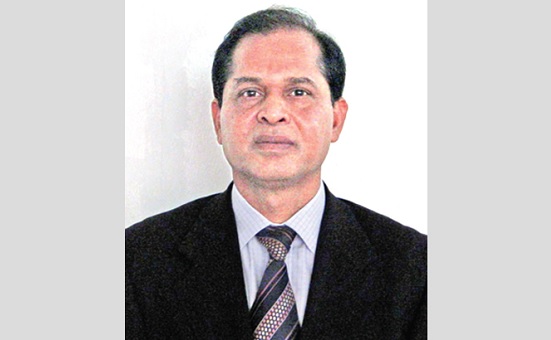 Over the past few weeks, the Bengali daily ‘Kalerkantho’ has published a number of reports on Bangladeshi migrant workers in Malaysia. The reporter has put his hard labour and talent as well as has taken the risks and responsibilities while producing those reports. He has boldly presented the inner events of the widely known ‘manpower business’. Those information have not only revealed the true picture of the exploitation and harassment of our migrant workers in Malaysia, but the activities of the people involved in the process have also been brought before us. I do not know whether those reports would come to the notice of the concerned government or private organisations. Or, whether they would be convinced or interested in taking necessary steps in this regard. However, I personally appreciate the reporter for his courage.

The stories that have come out of the reports can be divided into four categories: (1) the ways and systems of recruitment or intake of our workers for Malaysia; (2) the terms and conditions of the employment and the implementation of local laws; (3) the role of the concerned government authorities of the two countries and (4) the awareness of our workers. The reporter has referred the 'G to G Plus' system, which was accepted following a wrong policy and mainly in the interest of a syndicate of ten recruiting agencies of Bangladesh and their Malaysian collaborators. Since the system was not migrant-friendly, it was obvious that the sufferings of our workers would happen one day. An analysis of that method can only bring in front of us the ill motives worked behind accomplishment of such a Memorandum.

We could get a positive result if a joint committee could be formed with the officials of the High Commission of Bangladesh in Malaysia and the Malaysian Home / Human Resources Ministry to observe and monitor the implementation of local laws. Besides, the governments of the two countries must be respectful and committed to the workers-friendly ideals. Nothing should be considered in the immigration process so that the interests of our workers are bypassed. Therefore, the question of adoption and implementation of a recruitment process ensuring minimum migration cost and healthy job condition is crucial. First of all, our prospective migrant workers should be aware of their responsibilities. They are subjected to exploitation, deprivation and persecution because of their unconsciousness. Believing the middlemen, they are not only becoming financially destitute, but many are losing their lives being victims of human trafficking. If they cannot be made aware, they could never be saved from these sufferings.

This is not the picture that we see in Malaysia only, but our migrant workers are, more or less facing such situation all over the world. However, in countries with which we maintain proper recruitment process, such as South Korea, these kinds of problems rarely happen. In fact, the workers recipient countries can play an important role in this regard. If they recruit workers from Bangladesh through a workers-friendly recruitment process and are sincere in following the terms and conditions of their contracts, then no problem arises. However, it might be difficult for the vested-interest group of Bangladesh to carry out such activities. But, can Malaysia and Bangladesh ever launch a smooth and healthy migration process by creating a migrant-friendly environment or does anyone really desire so? It's a tough job; thousand obstacles would come from all corners. That hindrance becomes more acute if it comes from the people associated with manpower business who, at the same time, are directly or indirectly involved in politics. So, at least in the reality of the existing equation, no one can predict the ending of sufferings of our workers in Malaysia.

We know that Malaysia is one of the countries that host large number of Bangladeshi workers. Our migrant workers are making valuable contribution to the economic development of Malaysia as well as keeping the economic wheels of Bangladesh running by sending their hard earned foreign currency. According to BMET’s record, 23 workers from Bangladesh landed in Malaysia in 1978 for the first time.  However, our workers have been going to Malaysia on a regular basis from 1989. Though they started working in the plantation sector, particularly in palm and rubber plantation, but now Bangladeshis are working in almost all sectors of Malaysia, like construction, production, agriculture and services.

At the beginning, a worker did not have to spend so much money to go to Malaysia. Although, few in number, but they worked there without much tension. Even, some employers used to pay the cost for their passage. However, we did not have to wait too long to see the greedy behaviour of the people involved in manpower business. Exploitation and cheating of the workers started in various forms and ways. The situation became so aggravated that the Malaysian government had to impose a ban on the recruitment of Bangladeshi workers in July 1996. After 4 years, in 2000, the Malaysian government, in view of their internal needs, withdrew the restriction and allowed the recruitment of workers from Bangladesh under special approval system.

Once again, the harassment of our workers started. Not only the high migration cost, but our migrant workers often had to face various harassments including irregularities in their salaries and benefits. The situation reached such an extremity that the Malaysian government had to stop the recruitment of workers from Bangladesh in January 2001, not even a year later of its opening.

The sanction was formally lifted in July 2003 as a result of the continued efforts and untiring diplomatic endeavours of Bangladesh government. But this time, the Malaysian government proposed to have a Memorandum of Understanding between the two countries. Subsequently Malaysian Minister for Human Recourses Datuk Dr. Fong Chan Onn visited Bangladesh in October 2003 and the proposed MOU was signed.

During the Caretaker government in Bangladesh (2007-2008), due to unethical competition among our recruiting agencies, the Malaysian government was forced to suspend the intake of our workers in March 2009 on the ground of economic downturn. It is to be noted that 273,201 and 131,762 Bangladeshi workers were sent to Malaysia in 2007 and 2008 respectively, the highest number of Bangladeshi workers ever went to Malaysia in a year. It was totally a mess. Finding no jobs or employers, hundreds of our workers had to spend their nights either on the streets or railway platforms in Kuala Lumpur and other towns. It had happened due to the fact that several groups of workers were recruited using the same demand of a company or the workers arrived there under the names of fabricated companies. In that situation, our government had to maintain a shelter house for those jobless people for years. However, once all those workers were provided with jobs, we closed that shelter houses.

The Malaysian government agreed to lift the ban at the request of our Hon’ble Prime Minister Sheikh Hasina, particularly during her visit to Malaysia in May 2010.  Bangladeshi workers started migrating to Malaysia from April 2013 under the ‘G to G’ process on the basis of a Memorandum of Understanding on the recruitment of workers from Bangladesh signed between the two countries in November 2012.

Part 2 will be published tomorrow.