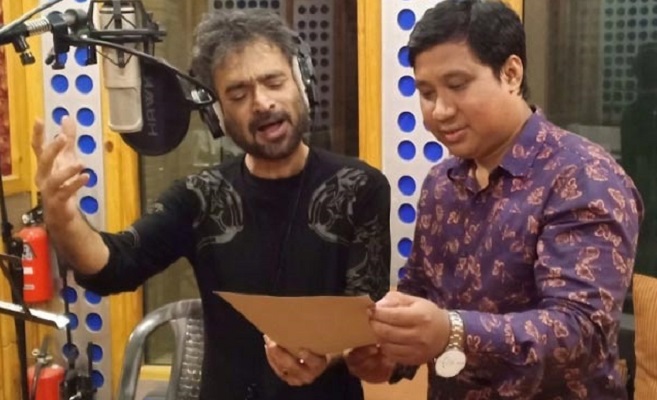 The song, ‘Bangabandhu Tumi Swapna Bangalir’ was recorded at Fusion Pro Studio in Kolkata on Saturday.

The song, written by Sujon Hajong, composed by Jadu Richil while Mushfiq Litu has arranged the music.

Nachiketa has expressed his feelings about the song saying, “I feel honoured as an artist to sing a song on the Father of the Bengali Nation Sheikh Mujibur Rahman. He is a great leader and the architect of the independence of Bangladesh. By this song, I can pay my tribute to him. I hope every Bengali people will listen to the song.”

Meanwhile, lyricist Sujon Hajong said, “Bangabandhu and Bangladesh are one and identical. Bangabandhu spent his whole life for the nation’s freedom. He will be remembered forever for his struggle and leadership to free a nation. The song will represent the true history of Bangabandhu.”

All the songs of this album have been penned by Sujon Hajong. The upcoming album will give music lovers a glimpse into life and works of Sheikh Mujibur Rahman. The album will be released on Mujib Borsho, Sujon informed.