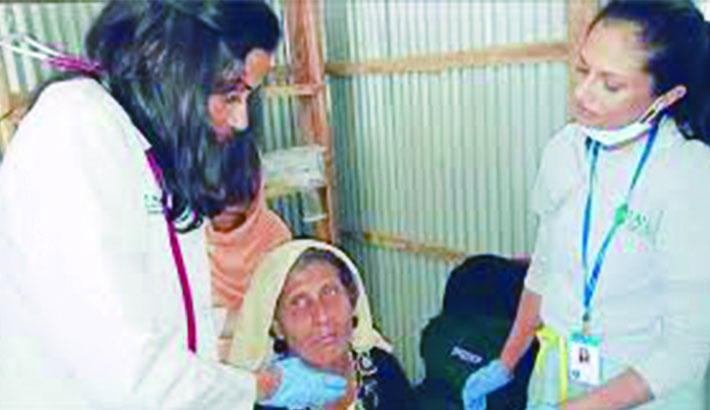 It is well known that for any public problem to be tackled in the interest of people, three stages are involved: a problem is political at the top, administrative in the middle and technical at the bottom.

It is the responsibility of administrative level to provide fund, materials and facilities to the technical level to work at ease to provide services to the people and give feedback to administration. Administration in turn will keep the political minister informed who will pass it on to the public and receive their reactions as public representatives.

As such, mutual respect at each level, setting rules and following diligently is an imperative necessity. Any violation of the system, politicisation and partisan association will only hamper efficiency and service, break discipline at the cost of patient welfare.

Nothing can be more disturbing than bribery at any level in ministry, directorate, department, etc. Top down indent/ purchase order causes unused equipments as reported in media quite frequently, but goes unheeded.

If these shortcomings are removed there is no reason why Bangladesh medical facility will not be comparable to being at par with advanced countries. Even within the prevailing limitations the patriotic zeal of our doctors are providing the best services countrywide by Divine Grace.

How can we miss? Our best students are selected to study in medical colleges, pass through prescribed courses with hard labour and come out with flying colours as MBBS doctors.

Those who sit for normal PSC examination for health services come out successful as Bangladesh Civil Service (BCS) health cadre. They join their first posting in rural health complex, their merit and devotion can hardly be over emphasised.

They undertake post graduate courses and obtain higher degrees like FCPS, MPhil and MD after hard studies and research in respective disciplines. Some goes for advanced training in foreign countries on scholarships and return home. But, some prefer to stay abroad for better standard of living in their view, which causes brain drain from here to the developed countries!

We know that some ignore lucrative foreign jobs and remain in the motherland on the plea that doesn’t my country deserve my services. They’re publicity shy. Even those who know about them do not highlight their sacrifice for the country in utter Bengali jealousy. We pray for such as them that may Allah reward them for their sacrifice for the country. In case they fall ill seriously, say heart ailment or such like, they show same zeal and say if thousands can take treatment here why not I, they undergo surgery here even if they can afford to go abroad.

There are patients who have means to go for foreign treatments, yet they avoid, unlike the neo-wealthy elite class tendency to seek foreign solution for every matter looking down upon own country which made them big. They are conscious citizens, deem their local doctors are worthy to look after them and not swayed by advertisements for treatments in foreign lands. Shamelessly powerful elites who are entrusted to raise facilities, escape abroad for treatments.

True, there are instances of wrong treatment. But, to err is human, efforts and sincerity of general doctors should not be minimised. For example, I was a victim of wrong treatment which led me to collapse at my residence in August, 2008. Taken to Ibrahim Cardiac Center at Shahbagh, a junior doctor at emergency said to my family that I was not their patient and got bewildered seeing the prescriptions of Professors. Later he spoke to his senior and admitted me. After thorough examination doctors admitted their mistake. How could such a big mistake be possible!

Let me share two recent encouraging experiences with specialised doctors for readers and progeny to follow their footsteps to deal with patients. After that ill-fated 2008 incident, I came to Uttara residence. On a reference from my son I went to a doctor at a hospital in Uttara for advice, who conducted operation on me at this age successfully with great care. Few years back an eye specialist surgeon operated on my eyes successfully at a hospital in Uttara. At this old age whenever I face complications, I meet them and they listen smilingly and give advice. I wish their success and long life at the service of humanity.

At the end, let us request all concerned people at administrative and political levels to come up and support our doctors in the spirit of upcoming centenary birthday celebration of Bangabandhu. Bangabandhu’s daughter Prime Minister Sheikh Hasina has issued directives from time to time in this regard and provided infrastructures for improving facilities for patients’ welfare which should be kept in mind and implemented.