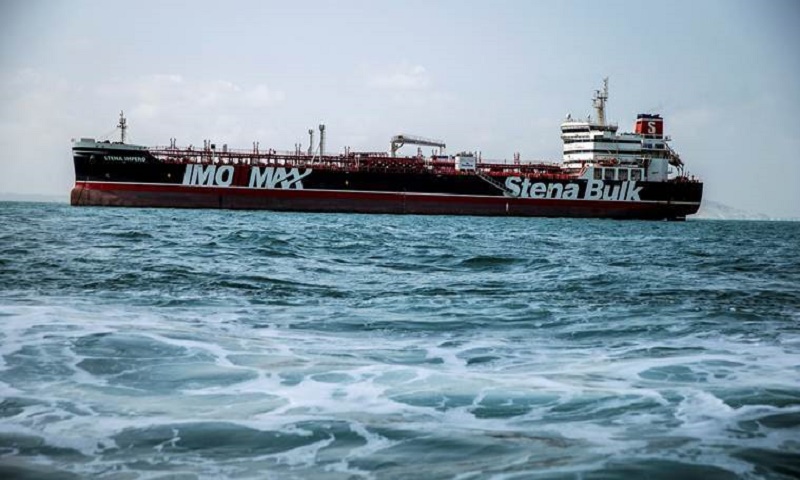 The Treasury Department on Friday imposed sanctions on an Iranian oil tanker at the center of a power struggle between the United States and Iran, a move that threatened to further escalate tensions between the two countries.

The tanker — once known as the Grace 1, and renamed the Adrian Darya-1 — had been detained in Gibraltar for weeks on suspicion of violating European Union sanctions by trying to transport oil to Syria. It was released two weeks ago, despite a last-ditch effort by US officials to have the tanker turned over to them.

The tanker is believed to be transporting more than 2 million barrels of Iranian crude oil, testing US sanctions intended to limit the country’s ability to sell oil, reports New York Times.

Tensions over the tanker began on July 4, when the vessel was seized by British marines and port officials in Gibraltar, a semiautonomous British territory. Iran denied allegations that the tanker was transporting oil to Syria, accused British officials of concocting the story at Washington’s behest and threatened to seize a British ship in retaliation.

About two weeks later, Iran seized a 30,000-ton British tanker in the Strait of Hormuz, a narrow passage to the Persian Gulf through which about 20% of the world’s crude oil travels. Iranian officials said the tanker had “violated three international naval regulations,” including turning off its GPS locator and polluting the water by dumping crude oil residue.