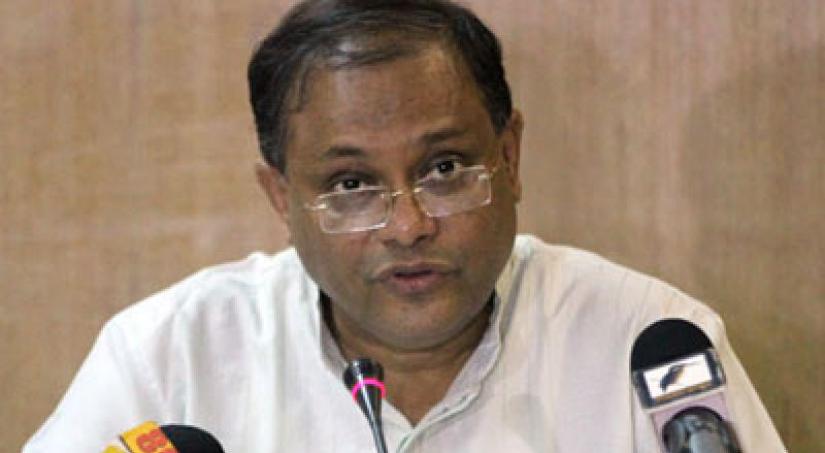 “Their main objective is to muddle the water”, he said urging BNP not to do ill politics over this issue.

The Minister came up with the observation at a discussion in observance of the National Mourning Day at Dampara Police lines ground this afternoon.

He said the government is moving on the right direction with its all-out diplomatic endeavours on Rohingya repatriation issue and it has involved the international community for an amicable settlement.

“The information minister commented that Rohingya problems will not be resolved through war and battle, it must have conclusive and by diplomatic efforts.

The minister said Bangabandhu was a visionary and far sighted statesman as soon after his release from Pakistani Jail he approached Indian premier Indira Gandhi asking her to take back Indian army from Bangladesh and Mrs Gandhi was convinced by Bangabandhu‘s request, took her army back to India within three months.

“Those who do not want Bangladesh independence, they not only killed Bangabandhu and his family members on August 15, 1975 but also tried to erase his image from Bangladesh and World map” he said adding that the dreadful incident of August 15, 1975 was an integral part of international ploy.

Dr Hasan said the killers of Bangabandhu also tried to change the national flag shortly after his assassination but all their efforts went in vain after a strong resistance from pro-liberation forces.

Pointing out mammoth development activities of the present government, the minister said there is hardly any hut or a people clad in torn cloth in the country in reality. Bangladesh once used to import old clothes but now it exports new clothes to the foreign countries, everything has now become possible under the dynamic leadership of our Prime Minister Sheikh Hasina.

Appreciating the police activities, Information Minister said Bangladesh police plays a strong role for the safeguard and security of Bangladesh.

The supreme sacrifice of police forces in containing terrorism, militancy, arson attack, stopping hurling of petrol bombs are one of the major reason behind the development of Bangladesh.

The minister ,later, handed over the prizes among the students who won different competitions.