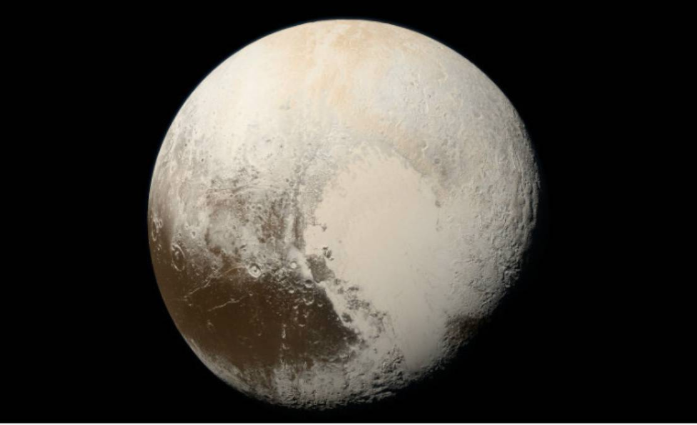 Pluto was officially downgraded from planetary status more than a decade ago by the International Astronomical Union (IAU) when it established three main categories of objects in the solar system — planets, dwarf planets, and small solar system bodies. However, the decision has not been taken well by many and that certainly includes the newly appointed NASA administrator Jim Bridenstine.

He declared Pluto a planet again and while you must be thinking that he must have presented a convincing point to bring the dwarf planet on the table with other planets of the solar system with equal status, it’s nothing like that. Bridenstine, a politician, I repeat– a politician, not a scientist, says that Pluto is a planet because that’s the way he learned it.

“Just so you know, in my view, Pluto is a planet, and you can write that the NASA administrator declared Pluto a planet once again, Bridenstine said during a FIRST robotics event in Colorado this week.

A 15-second video clip of the interaction was shared on Twitter by Cory Reppenhagen, a journalist at 9NEWS. In the video, the new NASA chief reiterated his comment, “I’m sticking by that. It’s the way I learned it, and I’m committed to it.”

Just to clear the air, the Pluto is not officially a planet again, just because the NASA administrator said that.