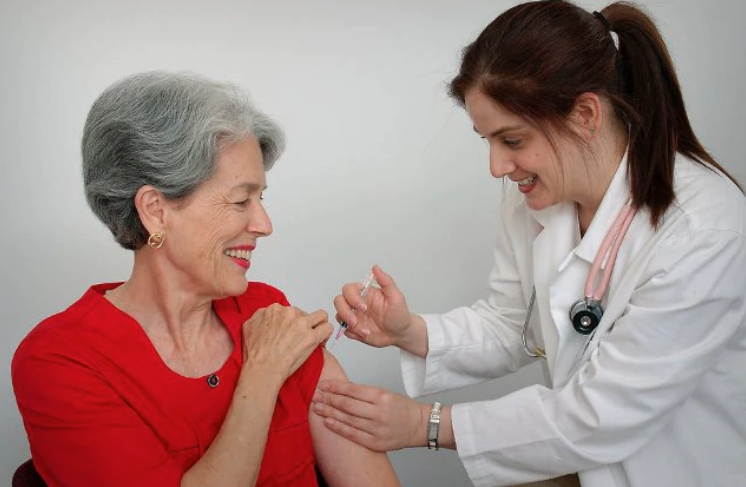 Just like puberty, menopause is the reality of a woman’s life. The only difference? Menopause comes with its own set of symptoms and hormonal imbalances that can be difficult to manage.

From hot flashes to mood swings to insomnia—menopause is a trying a time in a woman’s life, in which hormone therapy comes a ray of hope. Used to keep severe symptoms under control, according to the North American Menopause Society this therapy can also protect their bones and prevent diabetes.

But a large-scale study published in The Lancet also notes that hormone therapy also increases the risk of breast cancer.

What’s new about this study?

Although other research papers have established a similar link, this new study is the first to show that the risk remains elevated even 10 years after treatment has stopped.

The study also quantifies for the first time the level of risk associated with different types of menopause hormone therapy or MHT.

The chance that women between 50 and 69 who have never undergone MHT will contract breast cancer is about 6.3 in a 100.

By comparison, a woman in that age bracket who takes oestrogen and, intermittently, progestagen for five years stands a 7.7 in 100 chance of getting the disease.

If—in the same scenario—progestagen use is daily, the risk goes up again: 8.3 in 100. Finally, an oestrogen-only regimen is closest to the no-hormones baseline, with a 6.8 out of 100 risk.

More prolonged use carries even higher risk, said co-author Gillian Reeves from the University of Oxford.

“Use of MHT for 10 years results in about twice the excess breast cancer risk compared to five years of use,” she said in a statement. “But there appears to be little risk from use of menopausal hormone therapy for less than one year.”

The topical use of vaginal oestrogens, applied as a cream, is also relatively risk-free, she added.

Just how necessary is hormone therapy for postmenopausal women?

Women tend to begin MHT at the start of menopause when ovarian function ceases, causing oestrogen levels to fall substantially. At the same time, progesterone levels fall to near zero.

As a consequence, many women experience uncomfortable “hot flushes” that can be alleviated by replacing the naturally depleted hormones.

Regulatory bodies in Europe and the United States recommend that MHT be reduced to the shortest time needed, but usage has tended to average at least five years.

“Our new findings indicate that some increased risk persists even after stopping use of MHT,” said co-author Valerie Beral, a professor at the University of Oxford.

Researchers were then able to look for statistical links between cancer rates, on the one hand, and type along with duration of treatment, on the other.

What to keep in mind if your mother or any other member of your family is at this stage of life?

Hormone therapy should only be used in cases where the symptoms are far too severe to manage naturally. Menopause lasts for years, and during this time including foods that are rich in phytoestrogens (plant compounds have the same effects as oestrogen) like soya can offer relief. Exercise and maintaining a healthy weight can also keep the symptoms from flaring up. Don’t forget to seek advice from your gynaecologist on how you can best manage menopause naturally.