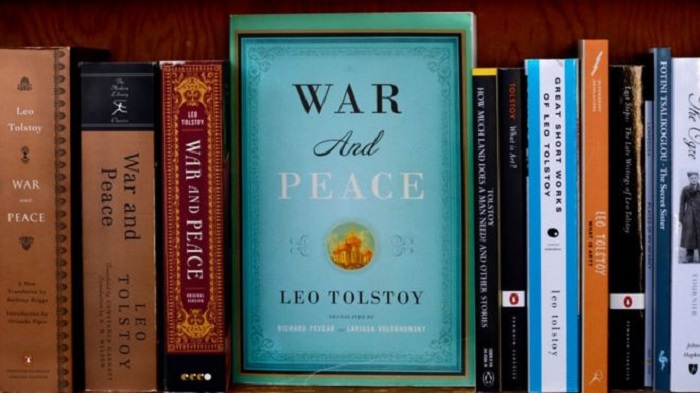 Leo Tolstoy's War and Peace is in the news in India after a judge asked an activist to explain why he had a book "about war in another country".

Vernon Gonsalves had appeared in the high court in Mumbai city on Wednesday for a hearing on his bail plea.

The judge's question sparked a flurry of tweets, with users both outraged and bemused by it.

Five activists, including Vernon Gonsalves, were arrested in August 2018 in connection with caste-based violence.

Police raided and searched their homes at the time and submitted a list of books, documents and other belongings to the court. The public prosecutor told the court that police had found "incriminating evidence" in Vernon Gonsalves' home, including "books and CDs with objectionable titles".

"Why were you having these books and CDs at your home? You will have to explain this to the court," the judge told Vernon Gonsalves.

He also pointed out a CD titled Rajya Daman Virodhi or "in protest against state oppression" saying, "The title itself suggests it has something against the state."

Police said that all five activists incited Dalits (formerly untouchables) at a large public rally on 31 December 2017, leading to violent clashes that left one person dead. They accused them of "radicalising youth" and taking part in "unlawful activities" which led to violence and showed "intolerance to the present political system".

The arrests had been criticised by many at the time who saw them as an attack on free speech, and even a "witch hunt" against those who challenged the governing Bharatiya Janata Party (BJP).

So the judge's question quickly made news and War and Peace was soon trending on Twitter.

The tweets ranged from jokes to shock over the state of India's judiciary.