Administrative Incapacity and Diminishing Image of the Government 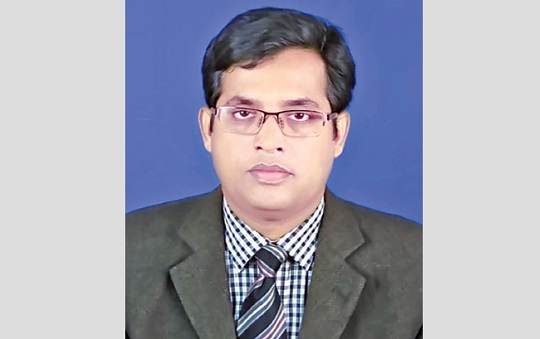 Administrative efficiency should not be considered as an isolated issue as the competence of the government is measured by the citizens through the capacity of its administrative machinery. In the Bangladeshi administrative culture, the Prime Minister determines everything. This is not a unique case as the same system is being practised in most of the parliamentary form of governments. But, the point of departure is that prime ministers of developed countries usually interfere in the policy decisions, not in the day to day administrative decisions. This is neither possible nor feasible for a prime minister to take heed into every matter of administrative organisations.

Regrettably, dependency on the Prime Minister of all administrative organisations has become an issue of concern for the last one year in our country. This was being practised previously also, but the intensity has increased to a great extent from the onset of the AL government’s taking over state power for the third consecutive terms. The main intention of this write-up is to shed light on the over-dependency of the administrative machinery of the government on the Prime Minister and its catastrophic effect on the image of the government.

If we consider the situation of the last six months, it will be evident that the administrative machinery started working seriously only after the intervention of the Prime Minister. If we look at the incident of Nusrat’s murder case, the police administration played a horrible role before and after the brutal killing of Nusrat. But, the situation changed drastically only when Prime Minister provided a direction to take strong action against all those who remained involved in the brutal killing.

The issue of observance of the last Eid-ul-Fitr was another episode when the countrymen got confused due to the ineffectiveness of the appropriate authority to make a decision about the date of Eid. Until 11 at night of the 4th of June, the countrymen knew that the Eid would be observed on the 6th of June. But, newspaper sources hinted on the fact that the authority altered their decision only when they were instructed by the Prime Minister from Finland to determine the date on the 5th of June. This is really a shame for the authority that was entrusted with the responsibility of determining the date of observance of the Eid-ul-Firt, which is one of the biggest festivals of the Muslims in the country. Such indecisiveness has compelled many at the village level to remain ignorant about the Eid. Even many could not say their Eid prayers due to the fact that they did not notify the date earlier. This sort of activities creates a sense of wariness among citizens about the performance and capacity of the government.

The transfer order of the deputy director, Mr. Monjur Mohammad Shahriar of the Directorate of National Consumer Rights Protection was another occurrence before the Eid-ul-Fitr that drew the attention of the whole countrymen. Mr Shahriar was transferred to Khulna hours after he led a drive at lifestyle retail chain Aarong’s flagship store on Jashimuddin Avenue at Uttara, and fined them TK. 4.5 lakh for discrepancies in the price tag of the same product.

The issue was of fervently criticised by the countrymen in social media. People even started questioning the motive of the government. The issue again got settled when prime Minister instructed the Ministry of Public Administration to revert their decision and allow Mr Shahriar to work at his desk. After her intervention, the issue got settled although both the secretary and the state minister tried to defend the earlier decision by saying that the transfer was a routine matter. But, it was not well consumed by the people of the country. Sensing the gravity of the situation, Prime Minister while addressing the national parliament, instructed Mr. Shahriar to move forward with his efforts. Such hesitancy within the government indicates a lack of coordination with the government and administrative incapacity of the government machinery.

Very recently, when the whole country was passing a traumatic situation as regards to the spread of dengue, Prime Minister instructed both the North and South City Corporation to work hard instead of blaming each other and briefing the media. The transformation of Dengue into an epidemic due to the inefficiency of the City Corporation officials has put the government in a wonky situation as the people of the country have started becoming frustrated on the efficacy of the city corporation officials. This may affect the ruling party in the upcoming Dhaka South and North City corporation elections very badly.

One may argue that it is very difficult for the city corporations to control the spread and growth of Aedes mosquitos alone and thus the support of the city dwellers is needed to collectively face the challenge. It is partially true. Being the citizens of a megacity we should keep our houses and premises clean. But, at the same time, it is also true that citizens’ support is not enough in this regard in such a situation where a huge amount of slum dwellers are living in the city.

Thus, to be a successful city administrator, one must have the power to envisage the consequences of all aspects of the city. That dengue would become an epidemic this year was apprehended by the World Health Organisation as well as Health Department of the government who indicated in January that due to early and heavy rainfall, dengue could take a serious shape in Dhaka city. Thus, they cannot sidestep the responsibility. Instead, they have failed to foresee the enormity of the situation which is their great failure. Ultimately, the government will have to take on the responsibility as both the Mayors are ruling party leaders. Moreover, the Ministry of Health of the government has also been found incapable of grasping the soberness of the situation.

The main intention of bringing these issues in the discussion is that administrative efficiency could make every effort of the government a success while their failure could push the government in an excruciating situation. The AL government under the leadership of Sheikh Hasina, after taking over the state responsibility for the third consecutive term, expressed their commitment to devote more attention to the system strengthening in order to improve the governance situation in the country. Unfortunately, despite tremendous efforts of the Prime Minister, responsible authorities in most cases have failed to discharge their duties effectively. Rather, they wait for the Prime Minister to react on every matter.

The Prime Minister should consider the issue with greater importance. If someone fails to discharge his/her responsibility must not be allowed to continue in his/her office. We all know that there are many credible and competent people in AL. Thus, the government should consider placing the right people at the right place. Only then, the administration would start working effectively which will help the government to win the confidence of the citizens.

Thus, it is high time to take a sturdy decision as regards the incapacity of the administrative arms. If they do not take the issue seriously, the government may have to face further catastrophe in different aspects of administration which would not only demolish their image but also put them in a difficult situation in the next election.

Director of the Institutional

at the University of Rajshahi.