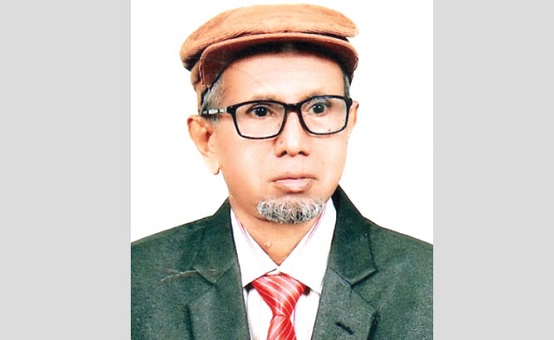 It was the morning of 15 August, 2019 when I was watching the Doordarshan Channel, suddenly I caught sight of the caption Flag Hoisting Ceremony and Prime Minister’s Address to the Nation. Then I waited with great expectation to listen to the speech of the great Prime Minister of India. In this context I would like to say that India’s most memorable day in history is 15th August 1947, a day when she awoke to freedom from the shackles of British imperialism. The Indian Prime Minister Narendra Modi delivered his speech on this grand occasion from the Red Fort Gate for 92 minutes in presence of many top leaders, and dignitaries inter alia other important persons of the country. It should be mentioned here that it is India’s 73rd Independence Day. I feel interested to write my article as I had the opportunity of listening to his speech both in Hindi and Bangla.

However, with a cool and calculating brain and handful gesture he began his speech addressing the nation as: “My dear countrymen, my best wishes to you on the sacred day of independence”. He also paid tribute to those who fought and laid down their lives for freedom and expressed sympathy for the flood affected people of India. He felt pride to inform the people of fulfilling the dream of Sardar Vallabhbhai Patel after revoking article 370 of the Indian Constitution which allowed special status to Kashmir. According to him there was no need for article 370 which nurtured favoritism corruption and separatism.

He reiterated his stand in this respect that what was not possible in 70 years, has become possible by the two third majority of his government. He opined that it would bring expected development for the people of Jammu and Ladakh and their dream will be materialised. He said boldly that the previous government had no courage and intention to abrogate this article. Now Modi considers it his great achievement. It was his election manifesto which he has now completed after his landslide victory.

Moreover, he has designed his plan to make new India and his policy towards Kashmir is in line with it. Then he turned to the Muslim Community informing that it is he who saved the Muslim women from the custom of three Talak to maintain family bonding and told them to work as India’s development partner. He strongly emphasised his concept of one nation and one constitution that will come as a cementing force. In his speech he said, “We are the largest democracy in the world.” He is determined to bring incremental change in India for the purpose of maintaining sustainable progress. He reminded his countrymen that he would implement the ideals of Mahatma Gandhi, The Father of the Indian nation.

He realised the water crisis in his country and assured the people of his decision to reach water in every house. In conjunction with this he quoted from a sage who said when water is reduced nature is also reduced. He apprised his people about the population explosion in India and advised them to think of keeping concise family from this parameter. His new idea of having eco system , ease of business, global super market, tourist destination, export herb in each district, modern infrastructure and emphasis on local and Made in India products are really praiseworthy and statesman-like concepts of national interest. He inspired all to work more in five years than they did in seventy years for the betterment of India. He also urged them to perform their responsibilities together and go ahead with the dream of building new India.

With this end in view he said to give a high jump and the people must change their way of thoughts and ideas. He hopes that his country will attain a five trillion dollar economy within five years. He is also optimistic that India in the twenty first century will walk so fast. He expressed the need to save Dharitri Mata i.e. Mother World and warn people not to use plastic bag, chemicals and insecticide etc. He wants to enhance the rate of development by controlling the rise in price.

According to him, the world is suffering from insecurity and India will have to perform its role to improve it. His country is fighting against terrorism. He referred to the fact that the neighbouring countries like Bangladesh and Afghanistan are also fighting against it. It is very interesting to note that in his speech he did not say whether his country has any hostility with any other nation or express any kind of belligerent attitude. He did not even utter the name of Pakistan. His speech was mainly concerned with how he would carry on the process of development and modernise India. It will be crystal clear if we point out a few quotes from his speech which are full of wisdom and worth remembering:

1)            The solution of problem leads the wishes to success and makes people self-reliant.

He concluded his speech saying Bharat Mata Ki Joy and Bande Mataram. There is no denying the fact that the speech is rhetorical to some extent like that of the great leaders of the world, yet there is a robust undercurrent of optimism and inspiration for the people about his determination to make a new India. The 73rd Independence Day was an exciting day. It was a moment of renewed hope and pride for the nation. Notwithstanding this, some are of the opinion that Modi’s intention of making new India depends on how he handles the rising tension in Kashmir though he vows to restore this region’s past glory.

But time will speak as there is a divinity that shapes our ends. However, it is true that Modi is a strong man in India who can create problems and solve them effectively. His strength is his people who love him very much and put trust on him in changing their fate. As a farsighted statesman and a matured politician he has the gumption that Pakistan may grumble to the UNO but its feeble attempt to internationalise India’s internal affair will dwindle into nothing. Moreover, it will be a suicidal blender on the part of Pakistan to irritate India over Kashmir.

In the end I would like to say that no Indian PM has ever made such a comprehensive speech to unite the nation to apply holistic approach than Modi, a powerful leader, a statesman, a great patriot, a wise and shrewd politician. We hope and expect that under his dynamic and bold leadership India will emerge as a new global power in the world having strong relation with all her neighbours - big or small – including Bangladesh which is progressing by leaps and bounds under his counterpart Sheikh Hasina, the most experienced and ablest Prime Minister.

The writer is a critic and political analyst. E-mail: [email protected]