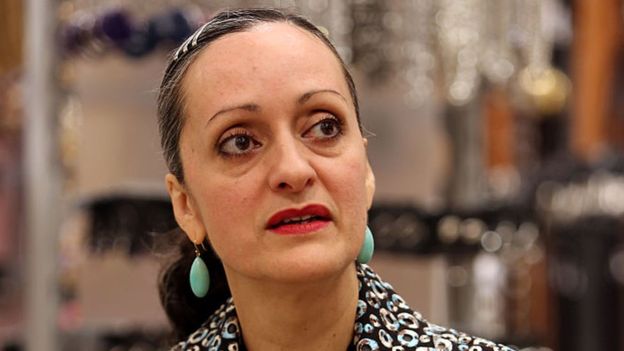 Isabel Toledo, the acclaimed fashion designer best known for creating the dress worn by Michelle Obama at her husband's presidential inauguration in 2009, has died aged 59.

"I'm not a fashion person," Toledo told CNN in 2012, instead calling herself an "engineer".

Her husband and professional partner Ruben Toledo said she died of breast cancer.

The two met in secondary school, Ruben claiming he fell in love with Isabel at first sight. It took four years for her to reciprocate, but they married in 1984 and were close professional collaborators, rarely seen apart.

As an artist and illustrator, Mr Toledo would sketch his wife's designs, including the 1960s-inspired shift dress and coat that Michelle Obama wore as her husband was sworn in as US president.

On that historic day in January 2009, the colour of the incoming first lady's dress was the subject of much debate, with commentators referring to it as yellow, green and gold.

But Toledo defined it as lemongrass, "a very optimistic colour, that had sunshine", she told the New York Times.

Isabel Toledo arrived in the US state of New Jersey from Cuba as a teenager. She had started sewing at the age of eight.

She trained as a fashion designer at the Fashion Institute of Technology and then the Parsons School of Design, before leaving to intern for fashion editor Diana Vreeland.