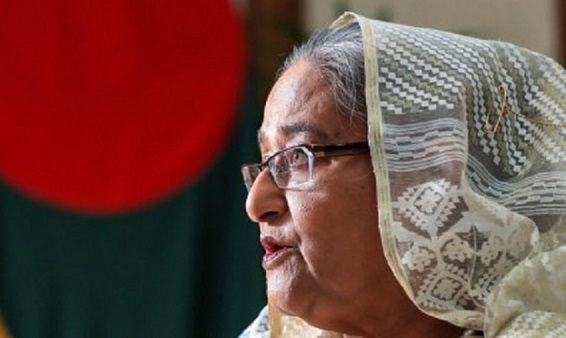 April is the cruellest month”- this snatch of poetry always comes to mind when the calendar turns to April Fool’s Day. But surely April isn’t the cruellest month! Because April showers bring May flowers! April marks the time when winter is over and spring has sprung! But in the context of Bangladesh undoubtedly August has turned as ‘the cruellest month’. On August 15, 1975, the Father of the Nation along with most of his family members was assassinated by a section of disgruntled and ambitious army personnel. His two daughters Sheikh Hasina, now prime minister, and Sheikh Rehana escaped the bloodbath as they were abroad. Almost exactly thirty years later, On August 21, 2004, a little before 5.30 in the evening, there was a grenade attack on Sheikh Hasina. Awami League President Sheikh Hasina had been speaking at an anti-terrorism rally on Bangabandhu Avenue.

As Sheikh Hasina finished her speech, a total of thirteen grenades were thrown into the crowd from the rooftops of nearby buildings, killing at least sixteen people on the spot, later the death toll reached twenty-four. The attack left twenty-four dead and more than three hundred injured. Among the dead were Sheikh Hasina’s bodyguard, Mahbubur Rahman and Awami League Women’s Affairs Secretary Ivy Rahman, who died from her injuries three days later. Grenades were being exploded in all corners at that time. It is clear that the attacks targeted Awami League President Sheikh Hasina. Political leaders and activists had built human walls surrounding Sheikh Hasina to protect her. Though Sheikh Hasina had been able to narrowly escape the death, she was injured in the attack.  In order to succeed in their devious endeavour to make another bloody 15th August, the consecutive thirteen grenade charges were not enough, the assassins wanted to make sure that Sheikh Hasina was not spared under any circumstances by shooting a number of shots to her car as well.

The bloodied August 21 grenade attack haunts many of the victims who survived the carnage still today. The ulterior motive of 21 August grenade attack was to impede the country’s independence, democracy, peace and the wheel of development. The target was to create a leadership vacuum in Bangladesh. The main objectives of the attack were to destroy the Liberation War spirit and give the culture of killing, conspiracy, militancy, terrorism, corruption and misrule a permanent shape.

Although the heinous crime generated widespread criticisms and concerns, the then government led by BNP-Jamaat not only failed to play their due role in bringing the perpetrators to book, but in fact, attempted nakedly to divert the investigation with vested interests, with allegations of evidence tampering and coaching dummy defendants. The then government had created a scope for the attackers to flee and much of the evidences were destroyed apart from staging ‘Joj Mia’ drama. At one stage, when Criminal Investigation Department (CID) officials prepared ‘Memo of Evidence’ for the permission of submitting charge-sheet into this case, involving ‘Joj Mia’ as the main accused, the then state minister for home affairs questioned the CID officials about the credibility of their investigation and stopped filing of the charge sheet and ordered for further investigation into the matter. It was later revealed through investigation that many of BNP-Jamaat alliance leaders were directly involved.

After the assassination of Bangabandhu, Sheikh Hasina was not allowed to return to Bangladesh until after she was elected to lead the Awami League in 16 February 1981 and arrived on 17 May 1981. Upon her return, she became completely dedicated to changing the country from one of violence to one dedicated to democracy. Before her interference, elections were often rigged, voting was not guaranteed or even counted properly, and the country was so volatile that those who opposed the government were often jailed, exiled, or even murdered. Through this amazingly strong woman’s dedication, Bangladesh has significantly improved becoming less violent, more democratic, and allowing more civil liberties than ever before. Women have been given a voice in politics thanks to her interest in women and children’s rights.

The United Nations (UN) has already recognised Bangladesh as a developing country. The UN classifies all countries across the world under three criteria, Least Developed Countries (LDC), Developing and Developed. The UN has recognised Bangladesh as a developing country, after graduating from ‘Least Developed Country’ (LDC) bloc. Bangladesh has fulfilled the eligibility requirements to graduate from LDC, as it has met all the three criteria for the first time for getting out of the LDC bloc. The three criteria include: Gross National Income (GNI) per capita, Human Assets Index (HAI) and Economic Vulnerability Index (EVI). According to the Committee for Development Policy, a UN panel, the government of Bangladesh and thriving non-government organisations (NGOs) have helped provide vital health and education services to the poor, translating into rapid improvements in the human assets index.

Bangladesh has already adopted advanced Information and Communication Technology (ICT) to be digitised in all spheres of its functions. The government has already introduced e-commerce, e-banking, automated clearing house etc. Things are really a historic move towards achieving higher productivity across all economic sectors including agriculture and small and medium-sized enterprises through use of ICT. Under the visionary leadership Prime Minister Sheikh Hasina, the country’s first ever communication satellite, Bangabandhu-1, was successfully launched into space.

This leader is a survivor in all senses of the word, and she continues to strive for a better life for her and her fellow Bangladeshis as current Prime Minister. But she has survived at least nineteen attempts on her life, the worst being on August 21 in 2004.

Sheikh Hasina has brought light in Bangladesh with her outstanding contribution and dedication, as she always loves common people as well as democracy. Stability has been restored in the country owing to the dynamic and charismatic leadership of Sheikh Hasina. Sheikh Hasina is really like a lighthouse for Bangladesh.

The writer acknowledges with gratitude the different sources of information.