Govt has no diplomatic success in Rohingya crisis: BNP 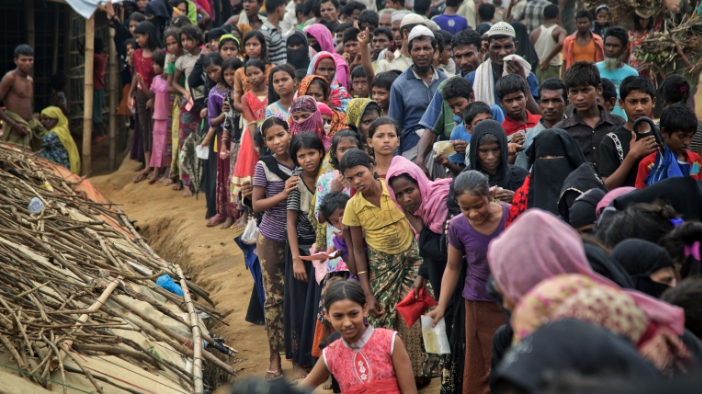 BNP on Monday alleged that the government has no diplomatic success in resolving the protracted Rohingya crisis and repatriating the displaced Myanmar nationals to their place of origin from Cox’s Bazar.

“It’s been two years since Rohingyas entered Bangladesh. But the Hasina-government couldn’t send even 10 Rohingyas back. The current regime couldn’t do anything to resolve the Rohingya crisis,” said BNP senior joint secretary general Ruhul Kabir Rizvi.

Speaking at a programme at the party’s Nayapaltan central office, he further said, “The government has failed to deliver on every front. We didn’t see any success of the regime in the field of diplomacy as it couldn’t put in effective efforts to resolve the Rohingya problem.”

He said the government could not initiate the Rohingya repatriation as it could not convince Myanmar to ensure the citizenship of Rohingyas and their safe return.

“Our Prime Minister used to say we’ve given many things to a country (India). Have you got anything from them? No, you didn’t. It’s your failure,” Rizvi said.

Bangladesh is hosting over 1.1 million Rohingyas and most of them entered the country since August 25, 2017. The two countries signed a repatriation deal on November 23, 2017, but there has been little progress.

Despite all the preparations, no Rohingya turned up on Thursday to avail of the “voluntary” repatriation offer given to them to go back to their place of origin in Rakhine State of Myanmar prompting the authorities to suspend the repatriation process.

About the Mirpur slum fire, he said it was ‘torched’ by ruling party men in a planned way to grab the land displacing the poor and destitute.  “The slum dwellers were subjected to Awami League’s policy of elimination as the way it is eliminating the opposition through repressive acts. They eliminated houses from the slum to capture it.”

He said people will get no respite from the ruling party’s policy of elimination as long as it is there in power. “They’re evicting their opponents from their houses to grab those. They even don’t hesitate to pick a beautiful girl up from her house if they target her.”

To get rid of the situation, he said people must get united and carry out a struggle against the current government. “Or else, it’ll be difficult to protect our existence, houses and children.”