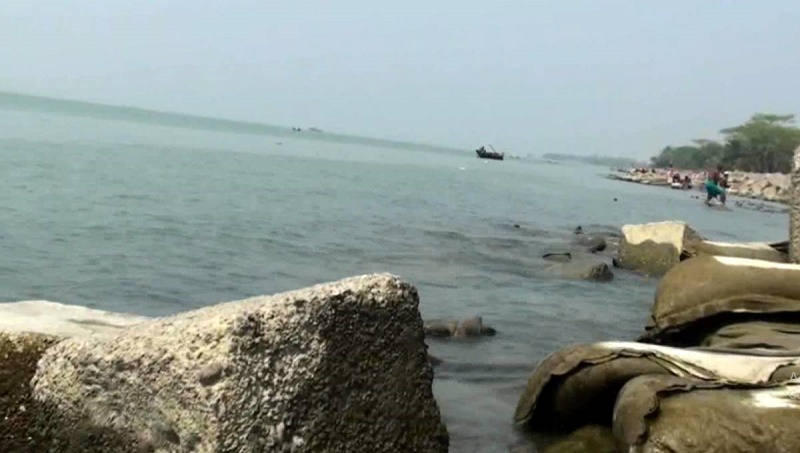 Two youths went missing as a trawler capsized at Puranbazar near the confluence of the Meghna and Dakatia Rivers in Chandpur on Sunday night.

The missing youths were identified as Khokon, 22, Mohsin, 25.

Farid Ahmed, Deputy Assistant Director of Chandpur Fire Service and Civil Defense, said the trawler carrying excursionists started for Chandpur Madrasa Road adjacent launch ghat in the evening and sank due to strong current in the Meghna river around 8 pm.

Hearing screams of the passengers, boatmen from nearby area rescued seven passengers, including two drivers of the trawler, but two other passengers remained untrced.

A seven-member team of Fire Service reached the spot but could not start search operation due to heavy in the river, said Farid Ahmed.

The rescued people were admitted to Chandpur General Hospital.