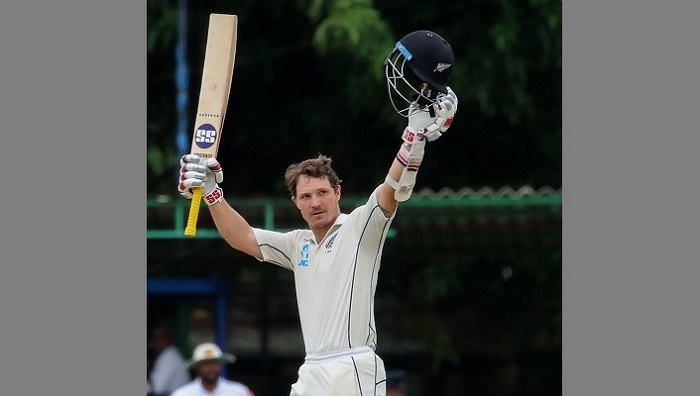 B.J. Watling struck an unbeaten 115 as New Zealand declared their first innings on 431 for six on day five of the rain-hit second Test against Sri Lanka on Monday.

Watling lost his overnight partner Colin de Grandhomme early after the tourists resumed the final day's play on 382 for five but went on to stretch their lead to 187 in Colombo.

De Grandhomme was holed out at square leg while attempting a slog sweep off Lahiru Kumara for 83 on the second ball of the morning session.

Watling, who started the day on 81, went on to complete his seventh Test fifty and took on the Sri Lankan bowlers with Tim Southee for company.

Southee smashed 24 off 10 deliveries with two fours and two sixes before skipper Kane Williamson called the batsmen back so his bowlers could have a crack at the Sri Lankan batting.

Tom Latham remained the top-scorer of the match with his 154.