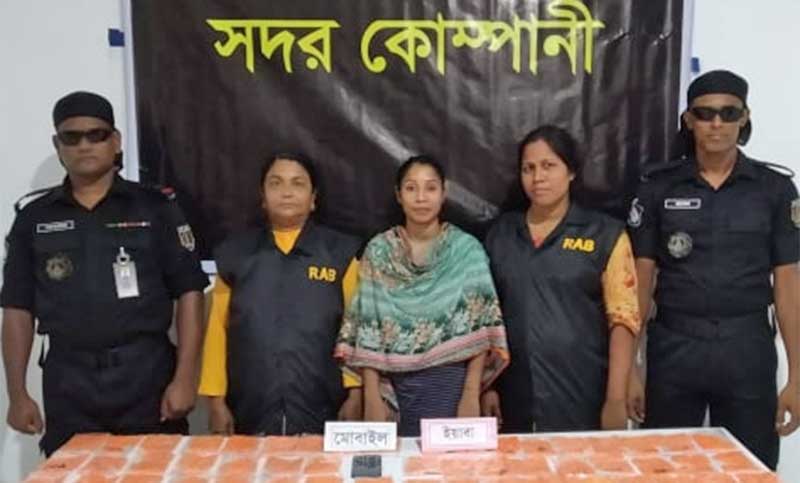 Rapid Action Battalion (Rab) arrested a woman drug peddler along with 43,050 pieces of Yaba from Turag Police Station area of the capital on Sunday noon.

The arrestee is identified as Asma Akter Munni, 34.

The members of RAB-2 arrested Munni at 4:00 pm from Kamarpara area under Turag Police Station.

Confirming the news Maj Mohammad Ali, deputy director of Rab-2, said acting on tip off, a team of RAB conducted a drive at the area and arrested Munni along with 43,050 picese of Yaba.

Nurul Mottakin, officer-in-charge (OC) of Turag  Police Station, said a case has been filed against her with the police station in this connection.

The woman has already been sent to court.