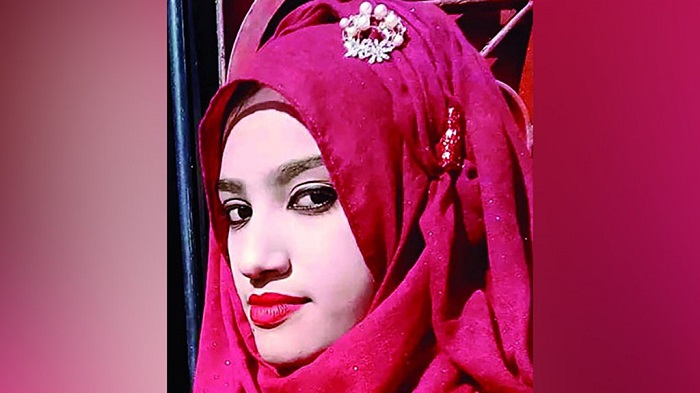 The probe body, formed by the Secretaries to the Home, Public Administration and Education Ministries and the IGP, has not found any negligence of the Sonagazi Islamia Fazil Madrasa’s Governing Body chairman in sexual harassment and murder of Nusrat Jahan Rafi.

Deputy Attorney General (DAG) Abdullah Al Mahmud Bashar confirmed this while talking to a correspondent of a Bangla online news portal on Monday.

The HC will hold a hearing in this regard today, he added.

On July 15, the HC directed the government to conduct an enquiry against the Madrasa’s Governing Body chairman AKM Enamul Karim whether he had taken appropriate action against principal Siraj ud Daula for sexually harassing Nusrat.

The court also issued a rule asking the government to explain in four weeks why Enamul’s inaction should not be declared illegal.

Secretaries to the Home, Public Administration and Education Ministries and the IGP were made respondents to the rule.

The court also directed them to take action against Enamul if found guilty.

In the petition, lawyer Eunus Ali Akond said that the Sonagazi madrasa governing body chairman Enamul reportedly took no action against principal Siraj ud Daula even after Nusrat and her mother went to his office and filed a complaint of sexual harassment.

Enamul, also the Additional Deputy Commissioner (revenue), refused any action against the Madrasa’s principal and even he asked Nusrat and her mother to keep the incident a secret, according to the petition.

In October last year, a female student also filed a complaint of sexual harassment against the principal with him. But the compliant was withdrawn later as he didn’t take any action in this regard.