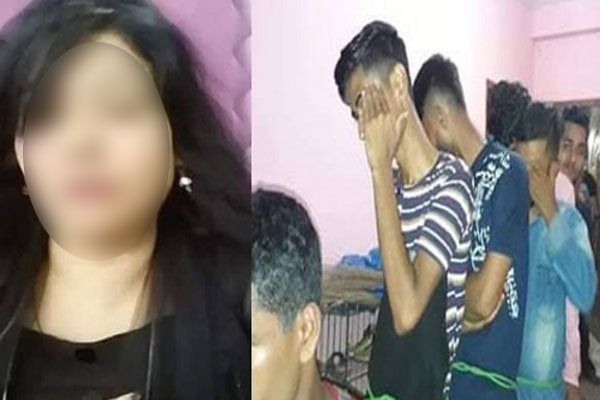 Police detained 19 people including a leader of Jubo Mohila League on charge of conducting ‘anti-social activities’ at Ghaterchoti area of Chikonagul union in Jaintapur upazila of Sylhet on Sunday night.

The identities of the arrestees-- 16 men and 3 women-- could not be known immediately.

However, the Jubo Mohila League leader was identified as Minara Begum, finance and planning affairs secretary of the party Sylhet district unit.

Local sources said being informed that anti-social activities are going on in a house besides Upahar Community Centre, people cordoned off the house and caught 16 men and 3 women from there. Later, they informed the police and handed them over to them.

Officer-in-Charge (OC) of Jaintapur Police Station Shamol Banik said they have arrested 19 people for their involvement in anti-social activities.

Legal action will be taken against them, he said.