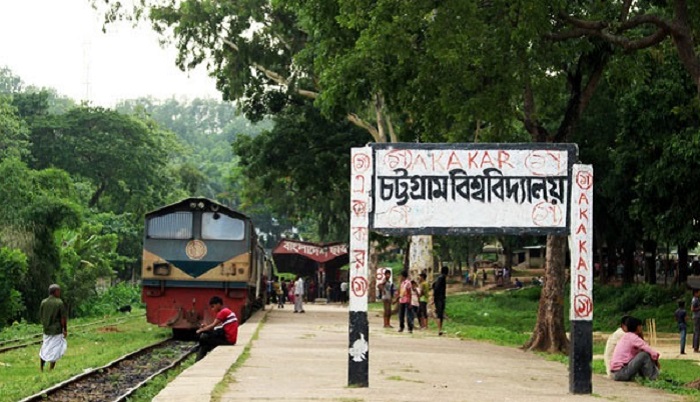 Banned militant outfit Hizb ut-Tahrir’s anti-government posters were found on each bogey of the shuttle train of the Chittagong University (CU) on Sunday morning.

The BCL president of CU unit said that all leaders and activists have been warned so that such incident would not take place in future.

However, it was not clear who put up those posters on the shuttle train.

Belal Uddin Jahangir, OC of Hathazari police station said he heard about the matter and took special alert measures so that any unexpected incident would not happen on the campus.

Pronab Mitra, acting Proctor of the varsity told reporters that none of the university people put up those posters. Such posters had been putting up in the city now and then.