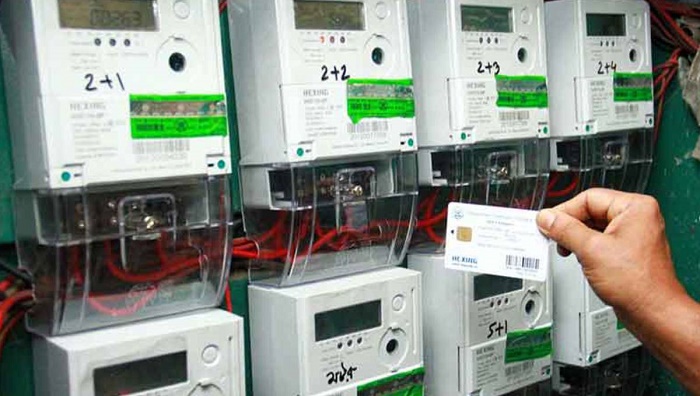 Addressing a press conference at the Jatiya Press Club, leaders of Pre-paid Metre Connection Resisting Committee (PMCRC) alleged the operation of prepaid metres is unfair and non-transparent as the DPDC has been realising huge money without showing any proper reasons.

“We’re fed up with the prepaid metres as there’s no transparency in its operation by the DPDC,” Baharane Sultan Baharan, Joint Secretary General of the PMCRC, told reporters.

They said the DPDC has been deducting Tk 40 per month as prepaid metre rent but it is not clear how long they will continue to deduct money.

Secondly, they said, it is not clear how much of electricity a consumer will be able to consume once he or she recharges Tk 1,000, they said.

They also alleged in the case of getting an emergency balance of Tk 200, the DPDC has been charging Tk 50 as interest.

The leaders claimed that the DPDC has also been charging Tk 200 against master metre per month which is also unfair as the consumers bought such metre at their own cost.

The PMCRC leaders said they will move court to file a writ against the operation of prepaid metres if the DPDC does not stop its installation. They said the DPDC top officials were apprised of the issues during their public hearing.

He mentioned that the power consumers in different districts, including Narayanganj, Munshiganj, Gazipur, Sunamganj and Khulna, have already held rallies to protest the ‘unfair and non-transparent’ system of prepaid metres.