Zia became a victim of treachery as he betrayed Bangabandhu: Quader 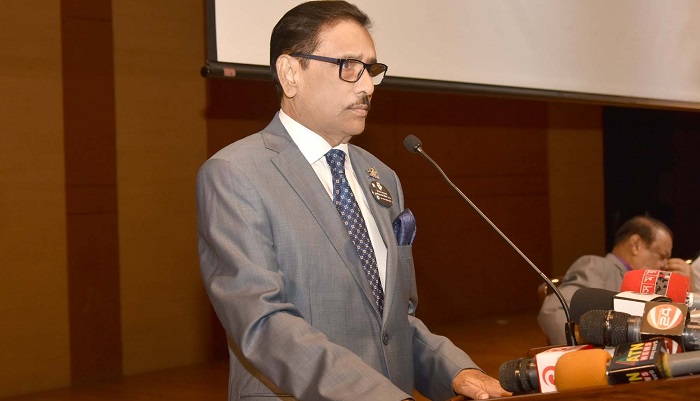 Road Transport and Bridges Minister Obaidul Quader on Sunday said BNP founder Ziaur Rahman and his family had betrayed Father of the Nation Bangabandhu Sheikh Mujibur Rahman and the country as well.

Ziaur Rahman and his family were the main beneficiaries of the heinous August 15 carnage in 1975. Zia became the country head but did not take any action against the killers of Bangabandhu and his family members, rather he awarded the killers and helped them going abroad.

Quader, also the general secretary of ruling Awami League, came up with these remarks while addressing a meeting held at the North South University (NSU) campus on Sunday.

Speaking as the chief guest, Quader said after betraying Bangabandhu and the country, Zia himself became a victim of treachery.

He said if Zia did not patronise the killers of Bangabandhu, another killing would not take place in 1981 and he would not be killed.

Quader, also Awami League General Secretary, said: “Awami League men did not kill Zia. He was killed by his close ones”.

“We know the assassinators of the 1975 carnage. We also know those who patronised the killers and helped them to go abroad…Ziaur Rahman and his family had betrayed Bangabandhu and the country,” he said while addressing a discussion in the capital.

The NSU organised the meeting on its campus marking the 44th martyrdom anniversary of Bangabandhu Sheikh Mujibur Rahman and the National Mourning Day.

The 15 August carnage and the 21 August killings are interlinked, he said, adding Harkat-ul-Jihad leader confessed that as per the instruction of Hawa Bhaban, the outlaw group carried out grenade attack on an AL rally at Bangabandhu avenue here on August 21 in 2004 with a prime target to kill the then opposition leader Sheikh Hasina.