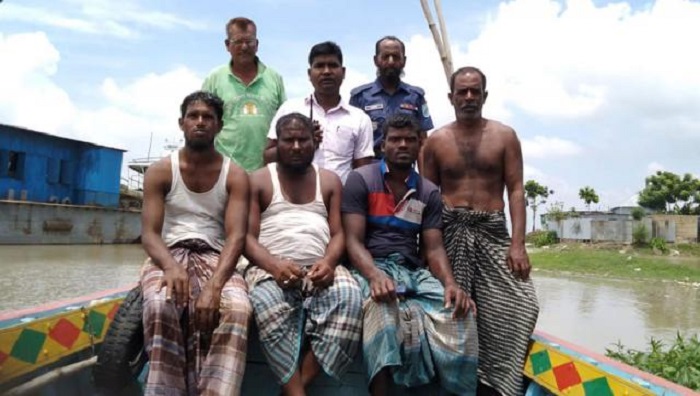 A lighter vessel carrying around 1,60 tonnes of cement clinker capsized in the Padma river at Dhallapara in Goalondo upazila of Rajbari on Sunday.

He said, “The cargo vessel, named Allahr Dan, was heading to Rajbari from Narayanganj. When the vessel reached at Dhallapara area of Daulatdia union, it sank into the river as it faced strong current of the river.”

Marine police with the help of locals have rescued driver of lighter and three other workers from the spot immediately, the OC added.

The vessel remained missing till the filling of this report at 4:15pm.