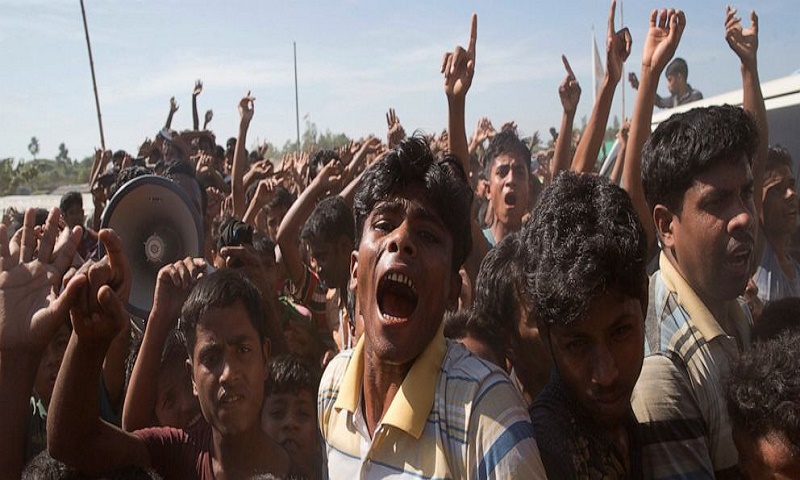 Tens of thousands of Rohingya people marked the second anniversary of their exodus from Myanmar into Bangladesh by rallying, crying and praying Sunday as they demanded that Myanmar grant them citizenship and other rights before they agree to return.

The rally was held days after Bangladesh, with the help of the UN refugee agency, attempted to start the repatriation of 3,450 Rohingya Muslims — a small fraction of the 700,000 who fled a 2017 security crackdown in Myanmar. None agreed to go back, citing fear for their safety and a lack of confidence in Myanmar. The UNHCR said that building confidence was essential for repatriation, reports AP.

The police chief in Cox's Bazar, ABM Masud Hossain, said at least 50,000 refugees protested peacefully for hours in the camps on Sunday.

Myanmar had scheduled August 22 for the beginning of the repatriation process, but it failed for a second time after a first attempt last November.

The repatriation deal is based on an understanding that the return has to be "safe, dignified and voluntary." The Rohingyas have also insisted on receiving Myanmar citizenship and other rights that the Buddhist-majority nation has refused to grant them.

Bangladeshi Prime Minister Sheikh Hasina said her administration will not use force to send them back despite a huge burden on the South Asian country. More than 1 million Rohingya are currently in Bangladesh.