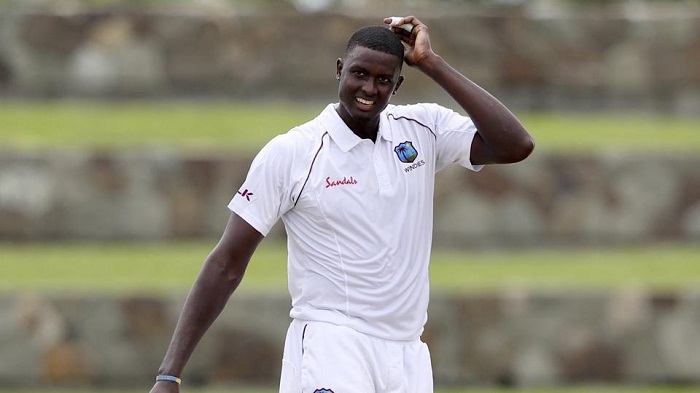 West Indies skipper Jason Holder expressed disappointment over the performance of his top-order batsmen after his side were bowled out for 222 in the first innings against India at Antigua that gave the visitors a lead of 75 runs. India then made 185, losing three wickets in the process, to extend the lead to a healthy 260 at stumps on day three.

After bowling India out for 297 initially in the first innings, the hosts made a poor start with the bat with none of the top four crossing 25. As a result, West Indies were struggling at 50 for 3 by the 21st over and if not for a bit of resistance from the lower order, even 200 wouldn't have been breached. "Extremely disappointed," Holder summed up the batting performance after stumps. "It's been a common thing for our batsmen now. We have not been able to step up as a top-order, the middle and lower order have done an exceptional job. We are behind the eight ball because we did not bat well in the first innings."

Despite the efforts with the bat, Holder reserved praise for senior fast bowler Kemar Roach, hailing him as the best bowler in the Test so far. Roach picked up four wickets in the first innings including that of key batsman Cheteshwar Pujara, who he dismissed yet again on day 3 when India batted for the second time. He could have added Rahane's wicket to his kitty as well in the second essay but John Campbell failed to hold onto the catch. Few overs later, a leg-before-wicket appeal against the same batsman was turned down by the umpire and the hosts failed to review it as well, which replays showed was a bad decision as the ball tracker predicted the delivery to hit middle stump.

Eventually, Rahane's partnership with skipper Virat Kohli put India in a strong position in the Test. "Yes, Ishant got five wickets in the first innings but Kemar is probably the bowler of the game," Holder observed. "I am not discrediting Ishant's performance, I thought he bowled really well as well. But I think Kemar has so far stood out.

"Kemar's been brilliant. He, Shannon (Gabriel) and myself, we have done a lot of hard work over the last couple of years. I am not surprised by his performance. He tends to like this ground as well, he's had quite a bit of success here at Antigua. The thing about Kemar is that he keeps you guessing, keeps you playing and there's never a situation where he can be predictable."

Even though the lead has now touched 260 with India still having seven wickets to extend it, Holder is optimistic of his side's chances. "We definitely did drop a chance and I definitely can't control umpiring decisions," Holder said. "We could have reviewed it but at that stage, we felt it was bat as well. Unfortunately, it didn't go our way that decision. That's just the way the game is played.

"The bowlers are doing an exceptional job. India is scoring at 2-plus an over which is good. We've missed a chance here and there and obviously the lbw decision there, the game would have looked a lot different. But having said that we are definitely in hand, still in hand, we are fighting today."