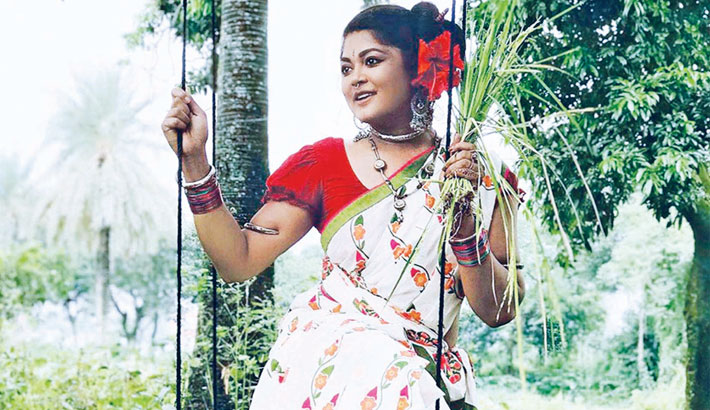 Popular small screen actor Moushumi Hamid has won the heart of millions with her fabulous performance. During Eid-ul-Azha, she has been a part of numerous television projects.

The actor has been getting the maximum response for Shahid-Un Nabi’s I Promise You and Qurbani, Shetu Arif’s Ferari, Monzurul Alam’s Hridoy Danar Projapoti, Redoan Rony’s Behind the Puppy and Maksudur Rahman Bishal’s Tomakey Boley Debo. She is very satisfied with her latest Eid projects.

Moushumi Hamid is currently busy with the tele-drama Kalo Harin Chokh, based on Badol Borishone of National Poet Kazi Nazrul Islam. The drama will be aired on the poet’s 43rd death anniversary on August 29.

Moushumi said, “On this Eid, most of the dramas in which I have worked have received a positive reaction. I am grateful to the audience. After Eid, I have worked in ‘Kalo Harin Chokh’. I would like to thank director Shimanto Sajal for giving me the opportunity to play such a challenging role. I have tried my best to bring out the character. I hope the audience will like it.”

‘Kalo Harin Chokh’ will be aired on Maasranga TV on August 29.

Moushumi Hamid also got applause for the short-film titled ‘Bhalobasa,’ directed by Shuvra Goswami. The late internationally-acclaimed photographer Anwar Hossain was behind the cinematography of this short film.