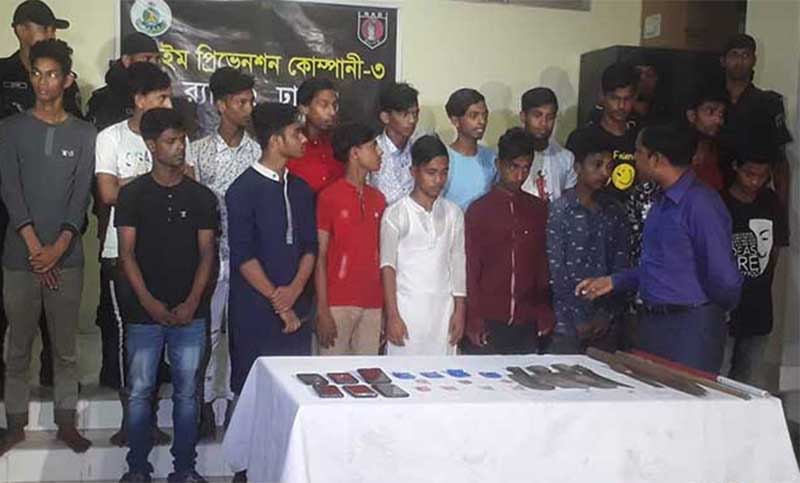 A mobile court has sent 17 members of different teenage gangs to Juvenile Development Centre for one year each after detaining them from Rayerbazar area of the capital.

They were involved in various crimes, including extortion, drug peddling and trafficking, he said.