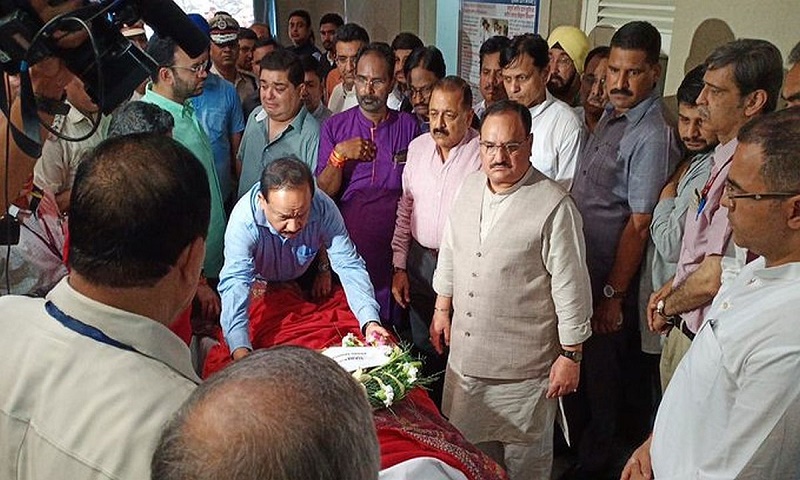 The mortal remains of former Indian Finance Minister Arun Jaitley, who passed away at the AIIMS on Saturday afternoon, were taken to his Kailash Colony residence in South Delhi after formalities are completed at the hospital.

The mortal remains of the leader kept at his residence till 10 am today (Sunday), which will then be taken to the BJP headquarters and kept till 2 pm for people to pay obeisance.

The BJP leader will be cremated on Sunday afternoon at the Nigambodh Ghat.

Meanwhile, hundreds of people including ministers have gathered at the late leader’s residence to pay their last respects.

Union ministers including Amit Shah, Dr Harsh Vardhan and other leaders paid respects by laying a wreath on the mortal remains of Arun Jaitley.

Jaitley, 66, who breathed his last in AIIMS at 12.07 pm, was undergoing treatment at the hospital for a few weeks.