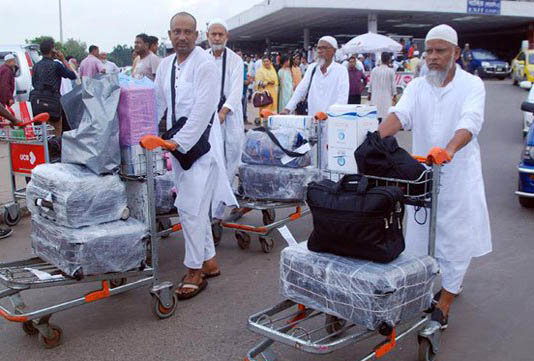 A total of 34,992 pilgrims have returned home in 96 return flights after performing hajj in Saudi Arabia.

Among the 68 flights, 41 were operated by Biman Bangladesh Airlines while 55 by Saudi Arabian Airlines, official sources said on Sunday.

According the sources, the return flights of hajj pilgrims started on August 17, which will end on September 15. On August 17, the first flight of Biman Bangladesh Airlines returned home with 418 Hajj pilgrims.

A total of 127,152 pilgrims went to Saudi Arabia from Bangladesh in 365 flights for performing hajj this year.

Around 96 Bangladeshi hajj pilgrims have so far died in Saudi Arabia before and after hajj this year.