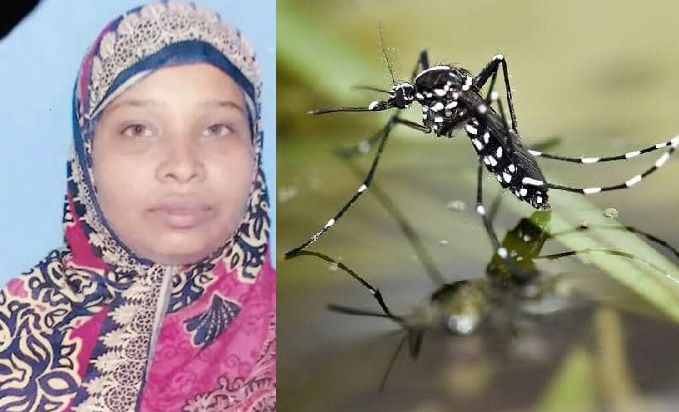 The mosquito-borne dengue virus Saturday claimed one more life in Madaripur taking the death toll from the disease to eight in the district over the last three months.

The deceased was identified as Sumi Akter, 30, wife of Anwar fakir, hailing from Kanthalbari area of Shibchar upazila in Madaripur.

The woman succumbed to the disease around 1:30am at the Mawa ferry terminal in Munshiganj while she was on the way to Dhaka from Shibchar Upazila Healt Complex for better treatment.

Relatives of the deceased said that Sumi was admitted to Shibchar upazila health complex on August 20. But doctors of the health complex referred her to Dhaka on Saturday as her condition deteriorated.

Bangladesh has been fighting an uphill battle against dengue this year. More than 62,000 cases were recorded since January while the government confirmed 47 deaths. Most of them were reported from Dhaka, the overpopulated megacity at the centre of the outbreak.

Currently, 6,289 patients are being treated at different hospitals and clinics.

But the situation appears to be improving as 1,179 new cases were reported in 24 hours till Saturday morning. A minor boy died of the disease at Mymensingh Medical College Hospital on Friday evening.

Dengue, a mosquito-borne viral infection, causes flu-like illness, and occasionally develops into a potentially lethal complication called severe dengue. About half of the world's population is now at risk, the WHO says.

There is no specific treatment for dengue or severe dengue, but early detection and access to proper medical care lowers fatality rates below one percent.