Government to take tough stance against corruption in BRTC: Quader 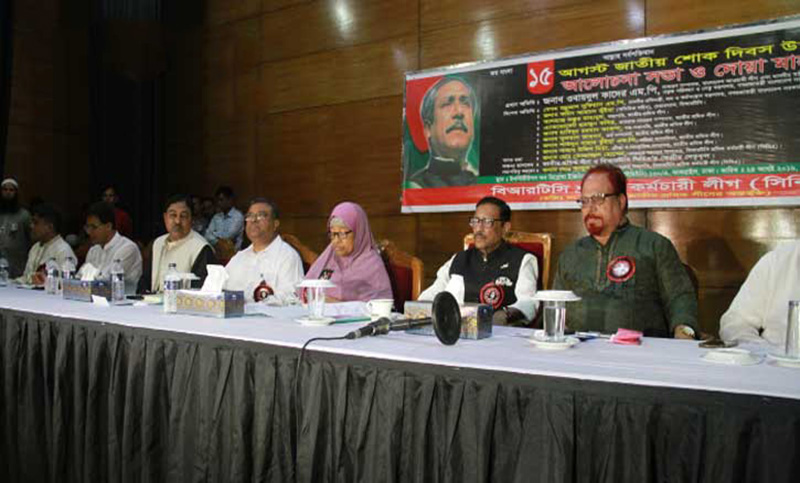 Awami League General Secretary Obaidul Quader has said the government is going to take tough stance in stopping irregularities and corruption of Bangladesh Road Transport Corporation (BRTC) so that the state-owned organisation can make profit.

Obaidul Quader, also the Road, Transport and Bridges Minister, made the remarks at a discussion organised by CBA of BRTC marking the National Mourning Day at the auditorium of Diploma Engineers Institution on Saturday noon.

“The corruption and irregularities of BRTC will be eliminated. The organisation has become rich after adding new vehicles. It would be possible to check irregularities and corruption, if all extend their cooperation. I will take initiative to implement dream of Prime Minister Sheikh Hasina to turn the organisation profitable,” he said.