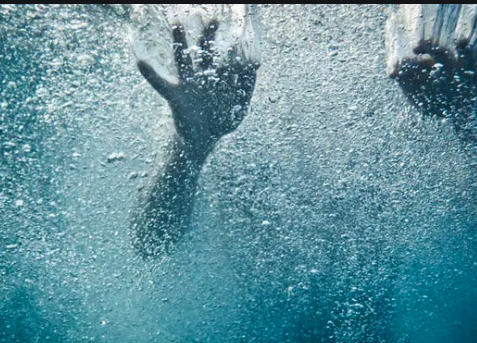 In Thakurgaon, two minor babies, who are cousins, drowned in a pond at noon in village Saguni of Doulatpur union in Pirganj upazila while playing
there beyond knowledge of their parents.

Later, local villagers recovered their floating bodies from the pond and took them to Pirganj Upazila Health Complex where the attending doctor
declared them dead in the afternoon.

“The deceased were identified as Adittya, 4, son of Sattyen Chandra and his cousin Tumpa Rani, 7, daughter of Binod Chandra of the same village,” said Chairman of local Doulatpur union parishad Kartik Chandra Roy.

Officer-in-Charge of Pirganj Thana Bazlur Rahman has confirmed the
incident.

In Panchagarh, two minor babies, also cousins, drowned in the river Teesta while taking bath at the bridge point near Chilahatipara area in Tepriganj union of Debiganj upazila on Friday afternoon.

Being informed, Debiganj Thana police and Fire Service and Civil Defense personnel from Domar Station rushed there and recovered bodies of the two drowned babies with the help of local fishermen from the downstream at
midnight.

The deceased babies were identified as Abdullah, 8, son of Umar Farooque of Sabuzpara area and his cousin Shawn, 6, son of Aliul Islam of
Chilahatipara village in Debiganj upazila town.

Officer-in-Charge of Debiganj Thana Rabiul Hasan has confirmed the incident.