GM Quader for forming ministry or commission for minorities 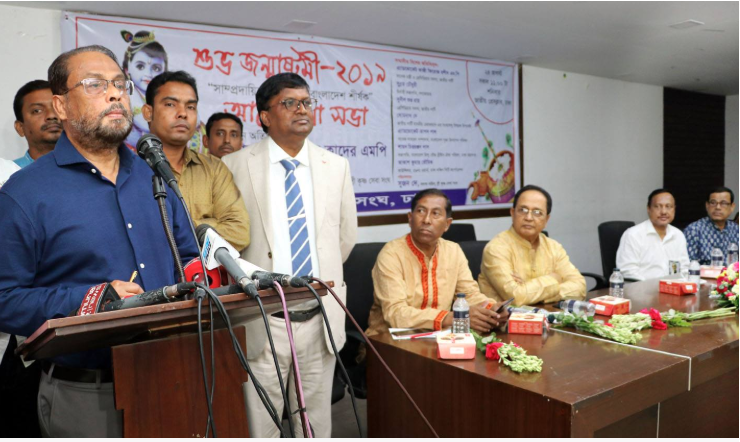 Jatiya Party Chairman GM Quader on Saturday laid emphasis on constituting either a ministry or a commission for protecting the interests of minority communities in the country.

“Either a minority ministry or a minority commission can be there in the country to protect the interests of them. It’ll also help them move forward,” he said.

The Jatiya Party chief came up with the remarks while speaking at a discussion arranged by Sri Krishna Seba Sangha arranged the programme at the Jatiya Press Club, marking the Janmashtami, the birth anniversary of Lord Shri Krishna.

He said their party will always remain beside the minority communities as they were in the past, and play an effective role both in parliament and on the streets in realising their justified demands.

Quader said there should not be any conflict and division among communities of different religions as the goal of all religions is to build a society based on justice and fairness.

He said only five percent people intend to abuse religion and create anarchy in society to make their personal gains, but people never accept them.

Quader recalled that their party’s late chairman and his elder brother HM Ershad took various steps during his rule in the interest of the Hindu community.

He said Ershad announced a public holiday on the occasion of Janmashtami and formed a Hindu Kalyan Trust to secure their rights and interests.