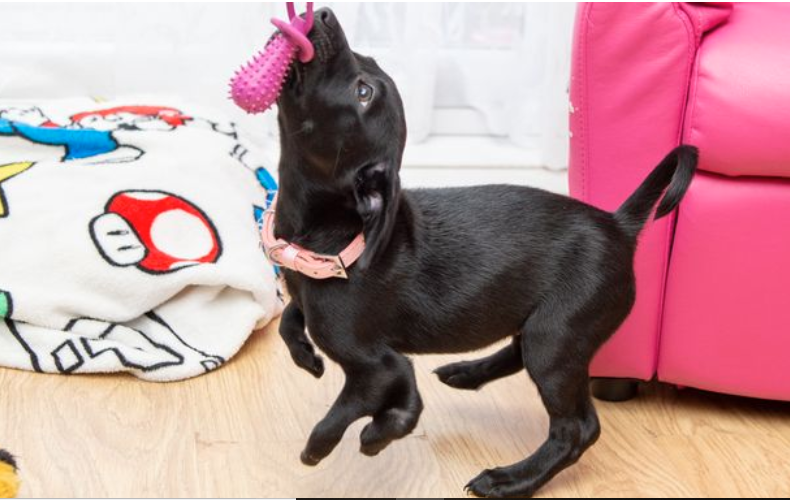 A dog-owner has been left feeling "overwhelmed" by the generosity of a kind stranger.

Lauren Salmon, a carer from Orpington in London, claims a kind stranger has purchased a £400 wheelchair for her 10-week-old labrador puppy, Roo.

In a surprising twist, Roo was born with not four legs, but six, and while she isn't in any pain, she often struggles to maneuver around.

The pup, who was named after a Kangaroo, has to hop around on her back legs when she walks, as she often gets tangled up with her extra front ones.

But now she'll be able to live a much more normal life, thanks to the stranger's touching gesture.

Lauren, 33, purchased Roo from breeders in Essex at the end of July, after her teenage son Luke, spotted the sweet dog online.

The pair have quickly become the best of friends and the puppy has helped the 15-year-old, who suffers with psoriasis, by boosting his confidence.

His mum says she was "shocked" by the amount of attention and generosity their little pooch has received, but is so grateful for it - as it has helped Roo immensely.

According to Lauren, the stranger who donated the wheelchair had recently lost their own dog, so wanted to do "something good" in memory of her lost pet.