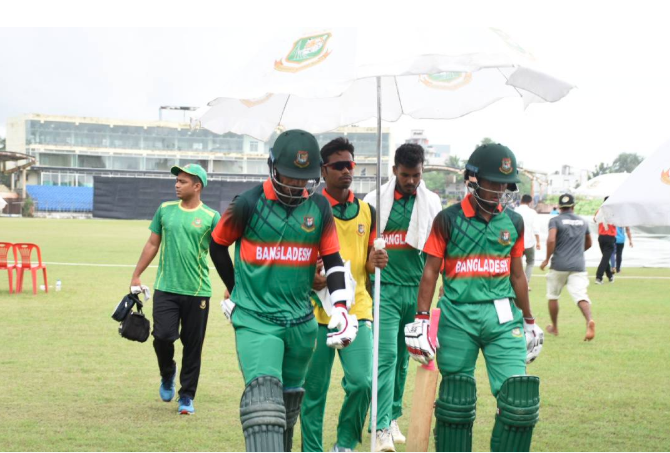 Bangladesh Emerging Cricket team scored 269 for 5 in stipulated 50 overs against touring Sri Lanka in the series deciding third and last one-day on Saturday.

Sent to bat first at Sheikh Abu Naser Stadium in Khulna, Bangladesh, riding on a century by opener Saif Hasan and a half century by middle order Afif Hossain, set a moderate target before the match was stopped for about two hours for rain.

After the rain interruption, the revised target for Sri Lanka was set at 199 runs in 28 overs. They were batting at 64 for one wicket in 8 overs when the report was filed.

Bangladesh lost the first game by 187 runs but won the second match by two wickets.

After the one-day series, both teams will play a two-match four-day series. The first match is scheduled to be played in Khulna and the second one in Cox’s Bazar.