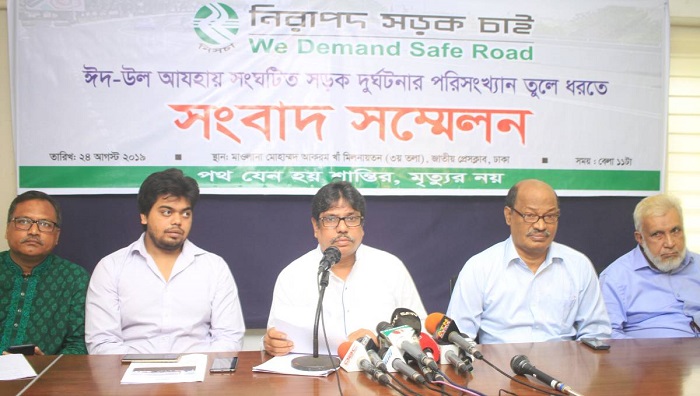 At least 185 people were killed and 355 others wounded in some 135 accidents during the nine-day Eid holiday, according to road safety campaigner Nirapad Sarak Chai (Nischa).

Liton Ershad, acting secretary general of the Nischa, came up with the statistics at a press conference at the Maulana Muhammad Akram Khan auditorium of Jatiya Press Club in the city.

The organisation has prepared the statistics after its activists collected and analysed data from it 120 branches across the country, he said.

Liton Ershad also informed that the accidents took place on the national and regional highways between August 10 and August 18.

“The number of road crashes during the Eid-ul-Azha is a bit higher than the Eid-ul-Fitr this year,” he added.

“Road journeys were stressful. Travellers, especially those going to the northern region, suffered the most,” he said.

Nischa data showed that suffering increased due to schedule collapse of train, illegal selling of tickets as well as the initial failure of online ticketing system.

Journeys on the waterways were without any major incidents.