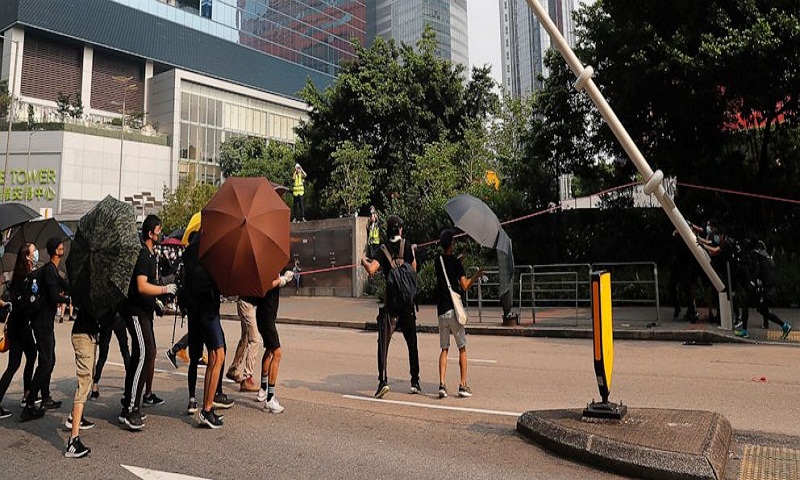 Hong Kong police have used tear gas to disperse protesters who were massing near a police station.

Public broadcaster RTHK says riot officers moved in with batons on Saturday to drive away protesters who threw bricks and what appeared to be a gasoline bomb at them.

The clash followed a protest march earlier in the afternoon to Kowloon Bay, an area across the harbor from Hong Kong Island.

The pro-democracy demonstrators were targeting "smart lampposts" that had been erected in the neighborhood. They fear they would lead to increased surveillance, though the government has denied that.

One group of protesters built barriers across a street near the police station. They retreated after the police charge, but it wasn't clear if they were regrouping to challenge the police again.