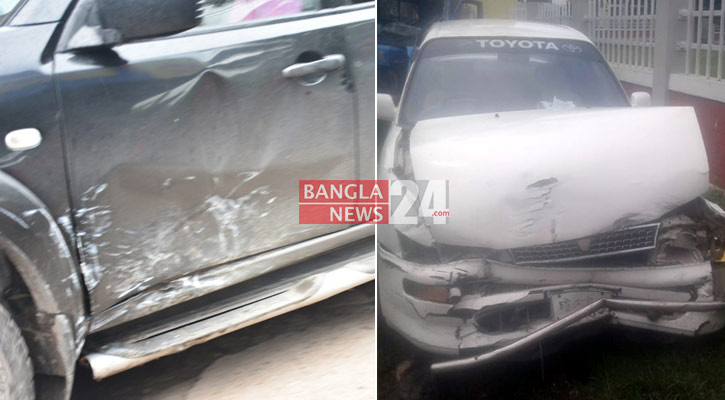 Officer-in-charge (OC) of Arongghata police station Kazi Rezaul Karim said the accident took place at around 11:00am when an oncoming private car hit his car at the front while it was taking turn in the area.

The front side of Khalek's car was slightly damaged, he said.

Police arrested the driver of the private car after the accident.

The arrestee was identified as Babu Sheikh, son of Rafiqul Islam, resident of Kismot area of Rupsa upazila in Khulna.