What is the G7 summit and what does it do? 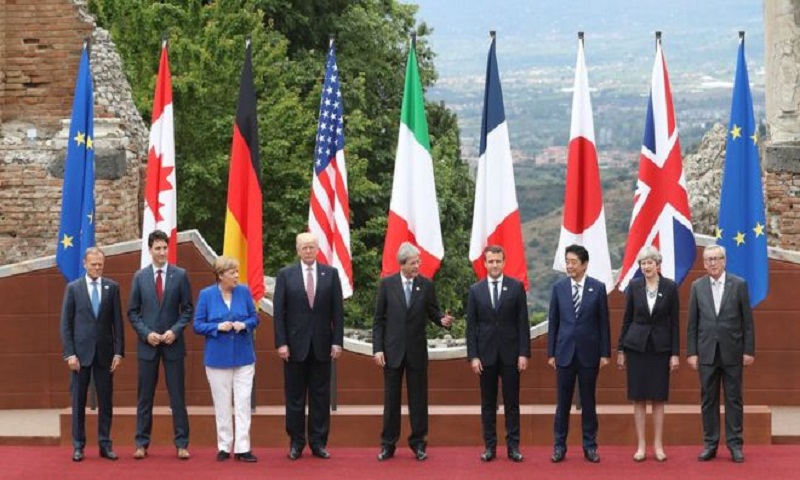 The G7 group of nations is meeting in the French resort town of Biarritz for what will be its 45th summit. But what is the G7, who are its members and what does it do?

The G7 (or Group of Seven) is an organisation made up of the world's seven largest so-called advanced economies: Canada, France, Germany, Italy, Japan, the United Kingdom and the United States, reports BBC.

The group regards itself as "a community of values", with freedom and human rights, democracy and the rule of law, and prosperity and sustainable development as its key principles.

What does it do?

The initial group of six first met in 1975 "to exchange ideas on possible solutions" to a global economic crisis. Canada joined the following year.

Ministers and civil servants from the G7 countries meet throughout the year to discuss matters of mutual interest.

Each member nation takes over the G7 presidency for a year on a rolling basis and hosts the annual centrepiece two-day summit meeting.

Energy policy, climate change, HIV/Aids and global security are just some of the subjects discussed at past summits.

At the end of the summit a communiqué is issued, outlining what has been agreed.

Traditionally, representatives of other nations and international organisations are also invited to attend. The focus of the Biarritz summit is "the fight against inequality".

Each summit attracts large groups of demonstrators, representing a wide range of organisations, from environmental activists to anti-capitalists, who are kept well away from the venue by a huge security operation.

Is the G7 effective?

Though criticised as "an artefact of a bygone era", the G7 points to a number of successes, including helping to launch a global fund to fight Aids, TB and malaria, which it says has saved 27 million lives since 2002.

It also claims to have been a driving force behind the implementation of the 2016 Paris climate agreement, though the United States has given notice that it will withdraw from that.

Why is China not a member?

Despite having the world's biggest population and its second-biggest economy, China's relatively low level of wealth per head of population means that it is not deemed to be an advanced economy in the way the G7 members are, though it is part of the wider G20 group of nations, boasting a number of modern cities, such as Shanghai.

Russia joined the group, which then became known as the G8, in 1998 but was suspended in 2014 after it annexed Crimea from Ukraine.

US President Donald Trump believes the country should be readmitted "because we should have Russia at the negotiating table".

What challenges does the G7 face?

Internally the G7 has had a number of disagreements, most recently when President Trump clashed with other members over taxes on imports and action on climate change at last year's summit in Canada.

The organisation has also been criticised for not reflecting the current state of global politics or economics.

There are no G7 members from Africa, Latin America or the southern hemisphere.

And it faces a challenge from fast-growing emerging economies, like India and Brazil who, though represented in the G20 group of economies, are not members of the G7.

It has been suggested by some global economists that these economies will outstrip some of the G7 nations by 2050.