8 killed as bus plunges into ditch in Faridpur 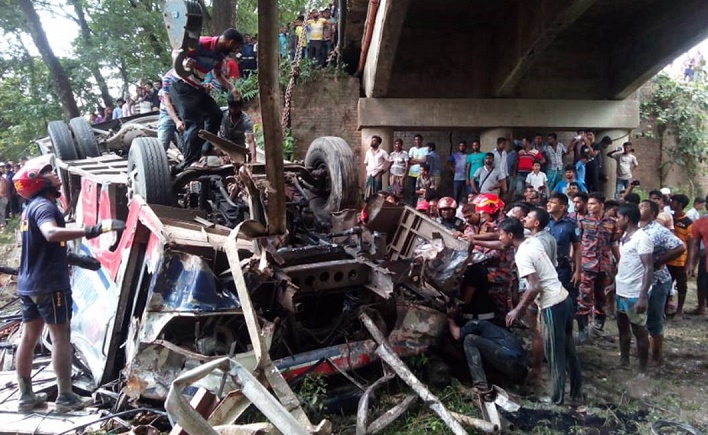 At least eight people were killed and 25 others injured after a Gopalganj-bound bus plunged into a river in Dhuldi area of Sadar upazila in Faridpur on Saturday.

Six people were killed on the spot.

The injured were taken to Faridpur Medical College and Hospital where two succumbed to their injuries, the OC said.

Locals assisted the fire service and police personnel in their rescue bid.