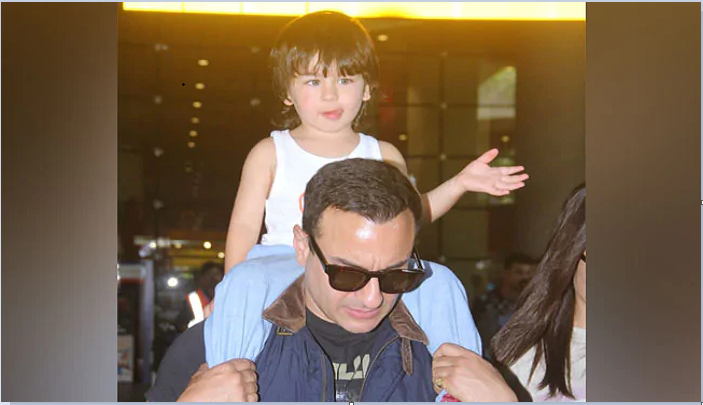 Saif Ali Khan occupied a top spot on the list of trends after a video of the actor yelling at the paparazzi outside his Mumbai residence went insanely viral on social media. The actor, who stepped out with his toddler son (and paparazzi's favourite child ) Taimur, lost his cool at the paparazzi after they started clicking pictures of Taimur incessantly. In the video, an angry Saif, giving a piggyback ride to Taimur can be seen walking towards the paps. The video spread like like wild fire on social media.

Saif Ali Khan, who has quite a bit of a reputation for staying cool in the presence of shutterbugs, had earlier scolded the paparazzi for incessantly popping flashbulbs on Taimur's face earlier this year and he told certain photographers: "Bas karo yaar, bachcha andha ho jaayega (Stop it, the child will go blind), reported IANS.

Both Saif and Kareena have expressed concern over Taimur's popularity with the paparazzi and in an interview with Pinkvilla earlier this year, Saif Ali Khan said: "I believe I am well within my right as a father to choose to not pose for the cameras when I have my son with me or to inform the photographers that the constant flashes can hurt his eyes. As media figures, we have to live with the attention and we accept that. But our kids shouldn't be subjected to it."

On the work front, Saif Ali Khan was last seen in Netflix's web-series Sacred Games 2. The actor has several projects in the line-up, which include Jawaani Jaaneman, Laal Kaptaan and Taanaji: The Unsung Warrior.