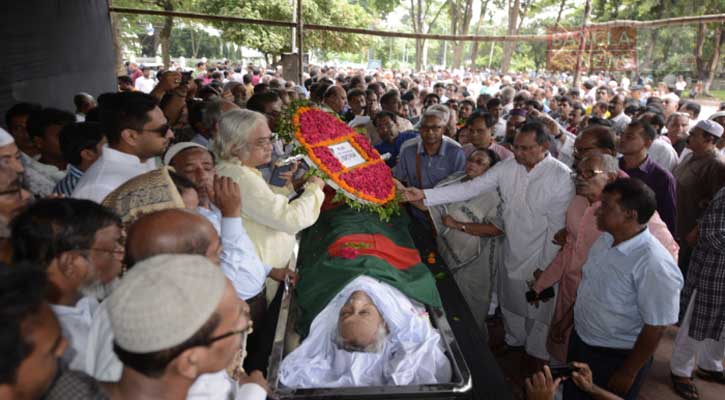 People from all walks of life paid their respects to Muzaffar Ahmed, who was part of the wartime Bangladesh government in exile and a close friend of Bangabandhu Sheikh Mujibur Rahman, at the Central Shaheed Minar in the capital on Sunday by placing wreaths at his coffin.

Earlier, his body was taken to the Central Shaheed Minar in noon and was kept there from 12:00pm.

His body will be taken to Baitul Mukarram National Mosque at 1:30 pm for his second namaz-e-janaza.

He will be buried at Elahbad village of Debidwar upazila in Cumilla at 10am on Sunday.

The 98-year-old veteran politician and the chief of National Awami Party (NAP) died around 7:50pm on Friday while being treated at the ICU of Apollo Hospital.