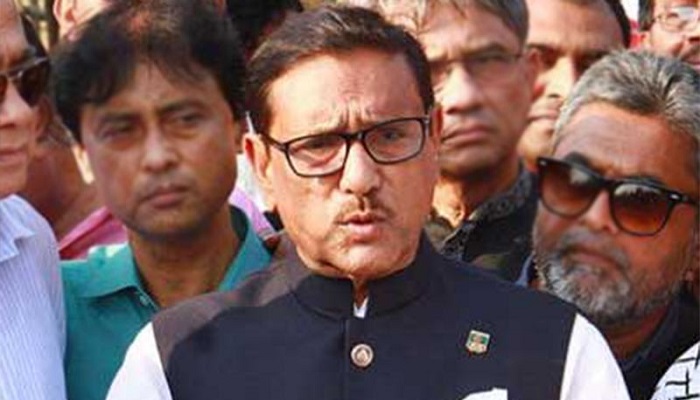 Awami League (AL) General Secretary Obaidul Quader on Saturday said his party will appeal to the court to ensure capital punishment for the masterminds of the August 21 grenade attack.

He disclosed this while talking to reporters after he paid homage to Ivy Rahman by placing floral wreath at her grave in the city’s Banani graveyard at 8:00 am this morning marking her 15th death anniversary.

Quader, also the Road Transport and Bridges Minister, said, “She (Ivy Rahman) was a shining star in Bangladesh politics.”

Remembering the incident of the August 21 grenade attack, he also said if Ivy Rahman got timely treatment, she might have lived, adding that: “She was groaning and screaming for help at that time, but she didn’t received any treatment immediately.”

He also said that BNP senior vice chairman Tarique Rahman, the mastermind of the attack, will be brought back from the abroad to face punishment.

“The verdicts in the cases filed over the attack have been delivered. Now, the apex court (the Supreme Court) will hold a hearing of the verdicts. We have to wait till then.”

Ivy Rahman, the former president of Bangladesh Mahila Awami League and wife of late President Zillur Rahman, received critical injuries during a gruesome grenade attack on an AL rally at Bangabandhu Avenue in the capital on August 21, 2004. She succumbed to her injuries on August 24.