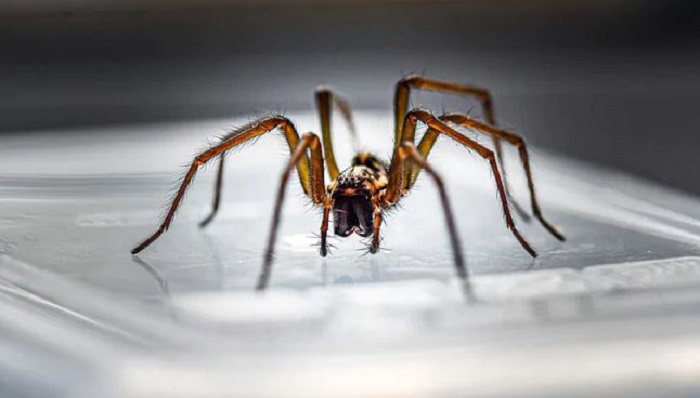 The discomfort in Susie Torres' left ear felt like the water that can get stuck there after swimming. She heard swooshing when she woke up Tuesday and assumed it had been caused by an allergy shot.

Torres, of Kansas City, Missouri of the US discovered she was wrong when doctors extracted a dime-sized, venomous brown recluse spider, Fox 4 News reported.

When a medical assistant looked in Torres's ear, she ran out of the room to get her colleagues, KSHB reported. The medical assistant told Torres she thought there was a bug in her ear, and Torres tried to stay calm, according to KSHB.

Doctors told Torres the spider had not bitten her, KSHB reported. She told the network that she has started sleeping with cotton balls in her ears to make sure no other spiders can enter.

Bites from brown recluse spiders can cause muscle pain, nausea, difficulty breathing and other symptoms, according to the Centers for Disease Control and Prevention. They typically are not aggressive, but they will bite if they are trapped or unintentionally touched.

Brown recluse spiders are also called "violin spiders" because of a violin-shaped patch on their heads, according to the Missouri Department of Conservation. They usually are walking or running, instead of resting in a web.

Spiders crawling into people's ears is not unheard of. It happened to a man in China, a woman in Wales, a woman in India and a 9-year-old boy in Oregon.

Anyone who realizes they have a bug in their ear should try to make the insect float out with warm mineral oil, olive oil or baby oil, according to the Mayo Clinic. They can also try to remove it with tweezers if it's visible, or they can tilt their head to the side or wash it out with a rubber-bulb ear syringe and warm water.