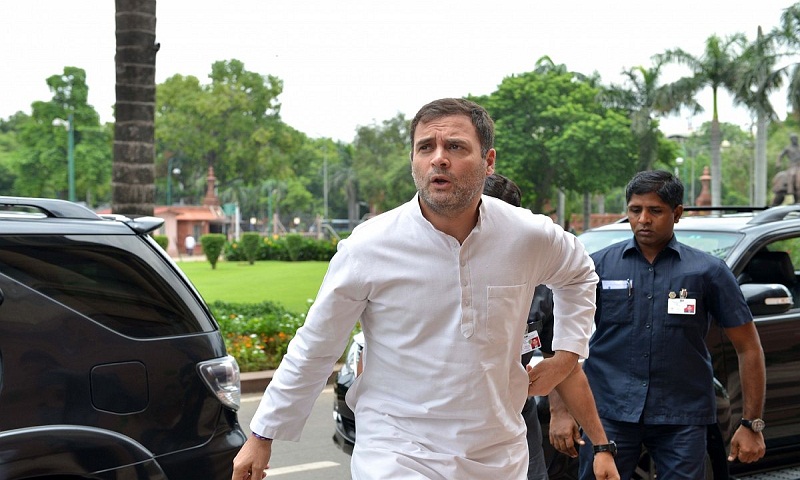 Former Congress President Rahul Gandhi and other leaders of the opposition are set to visit Jammu and Kashmir on Saturday, weeks after the abrogation of Article 370 even as the administration asked them to stay away.

A delegation of nine opposition parties led by Gandhi will visit Jammu and Kashmir on Saturday to meet the people and party leaders in the region where restrictions have been imposed since the abrogation of Article 370, reports The Statesman.

“Rahul Gandhi along with senior party leaders Ghulam Nabi Azad, Anand Sharma and leaders from CPI, CPI-M, RJD, DMK and others will be part of the delegation,” a senior Congress leader told IANS.

This will be Rahul Gandhi’s first visit to Srinagar since the abrogation of Article 370 and bifurcation of the state into Union Territories of Jammu and Kashmir and Ladakh.

However, the Jammu and Kashmir administration has requested them against visiting the state, saying attempts should not be made to disturb the gradual restoration of normal life.

Meanwhile, Restrictions were reimposed in Srinagar city on Friday after posters issued by the separatists called on people to march to the local United Nations military observer group office.

Restrictions were eased in most areas of Kashmir this week, with barricades being lifted and the movement of people and traffic increasing gradually, but markets remained shut and mobile and Internet services suspended for the 18th day on Thursday.